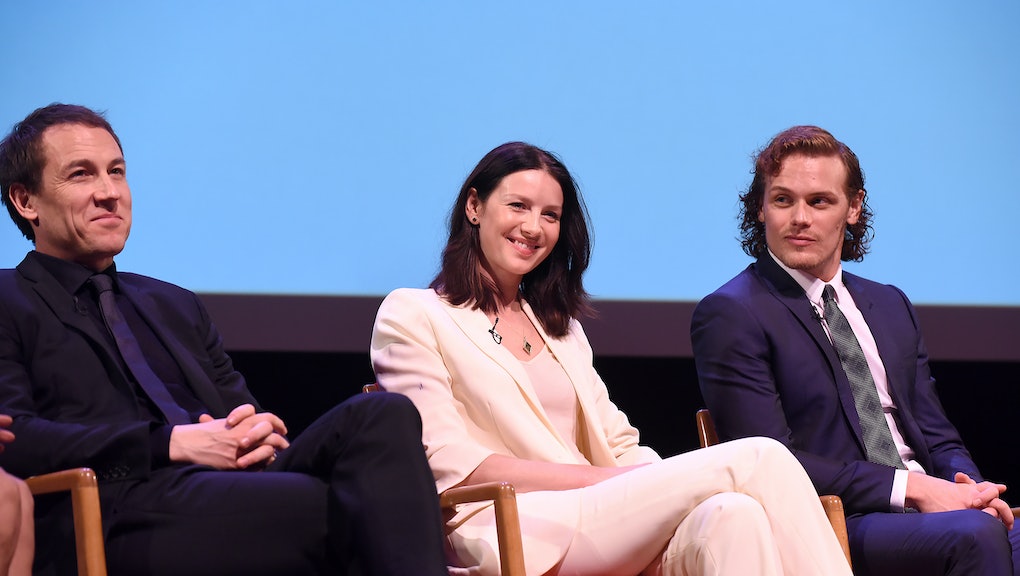 Outlander, the time-travel drama based on Diana Gabaldon's book series, will return to Starz in September.

Following a World War II combat nurse who inadvertently travels through time to the Scottish rebellion, the anticipation for season three has been dubbed #Droughtlander. The season two finale aired in July 2016, after the announcement of a two-season renewal of the popular show, which has been praised for being feminist.

Deadline reported that Carmi Zlotnik, president of programming at Starz, said, "While 'Droughtlander' will last just a little longer, we feel it is important to allow the production the time and number of episodes needed to tell the story of the Voyager book in its entirety. The scale of this book is immense, and we owe the fans the very best show. Returning in September will make that possible."

Season three, which will be based on the book Voyager, will see Jamie and Claire Fraser going from Scotland to South Africa. It follows a record-setting second season of the show.