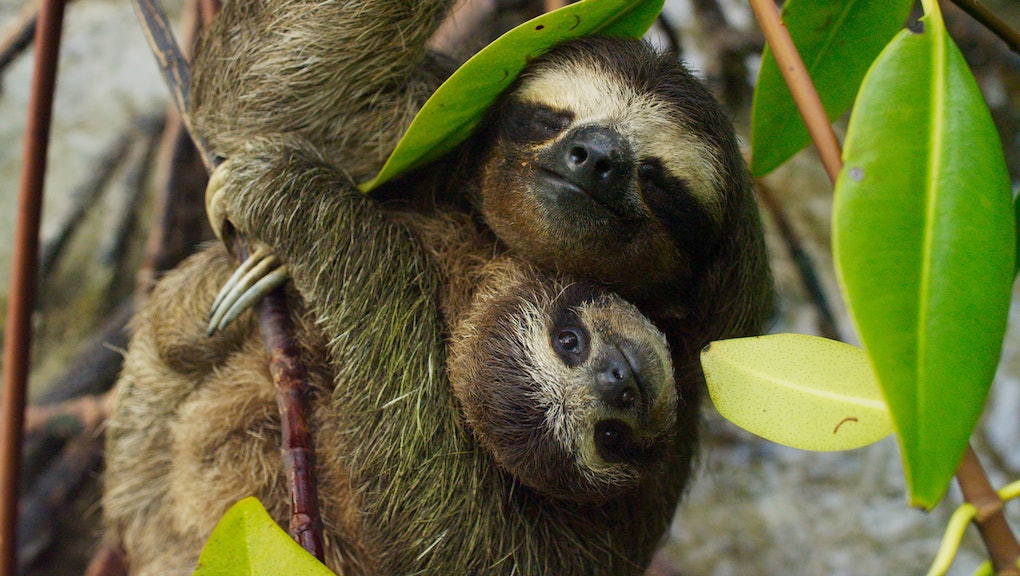 Why 'Planet Earth II' is required viewing now more than ever

However, Planet Earth II, the BBC's sequel to the beloved series, which debuts stateside on BBC America Saturday, is an entirely different affair. It has to be. Our world has changed, and the premier documentary beaming its landscapes into audiences' televisions has risen to the occasion.

Since the last Planet Earth series aired, we've had to face a tremendous amount of discouraging news on the environmental front. We've seen several international climate-change accords come and go without much consequence; we've lived through three of the hottest years on record back-to-back-to-back; and we're witnessing the rise of a president who believes climate change — alongside his tie line — is manufactured in China.

The stakes have been raised, and the tone of Planet Earth II has taken on a gravity to match them.

"Never have those wildernesses been so fragile and precious as they are today," host David Attenborough says in a straight-to-camera intro.

Planet Earth II's seven-episode spread, including "Islands," "Mountains," "Jungles" and "Cities," among other biomes, is equally if not more beautiful than the first iteration. But its beauty comes with a functional purpose: This planet's future hangs in the balance, and if we continue to ignore the cries for help, it may not stay bright for much longer.

Advances in camera and filmmaking technology have allowed the producers to capture their landscapes with a whole new dynamism. The camera's gaze feels much less intrusive upon the fragile habitats it views. Its time lapses, dramatizing the ceaseless human movement in cities, or the greening of a desert after a brief rain, are more creatively constructed.

It all amounts to create a deeper sense of empathy with the stories of plants and animals the documentary seeks to tell. American audiences have already caught themselves rooting for the baby lizard as he races through a gauntlet of snakes in the previously shared clip from the "Islands" episode. According to executive producer Mike Gunton, that's exactly the filmmakers' mission, which is to simply take a page out of Attenborough's 30-plus years of naturalist work playbook.

"If you want people to protect and preserve and save things, they have to care about them," Gunton said in a recent phone interview with Mic. "People find it very hard to care about things they don't know about or don't understand. Our job is to show them and help them understand the wonder and the complexity of the situation of these creatures, and then the next stage is that they can then make up their own mind about whether they want to do something to deal with the fragility of all these habitats."

Each episode presents a potential human-borne environmental challenge and provides leads for the concerned viewer looking to get involved. "Jungles" deals with deforestation and the increasingly sick lemurs watching their territory shrink. "Mountains" focuses on global warming and the breaking of the snow line. "Islands" takes a look at human-enabled invasive species, featuring what feels like a cataclysmic battle between migrating red crabs and acid-spraying ants.

One single human change can set off a domino effect of reactions that can fundamentally change, and possibly destroy, an area's natural equilibrium.

These messages are woven through so they don't feel like accusations or confrontations. They're simply realities of the 21st-century world that's seen humans completely reshape the landscape and the composition of the atmosphere. These issues take up the entire focus of the "Cities" episode, covering the raccoons, jaguars and birds of prey that have become expert hunters in the urban environment, highlighting cities such as Singapore that have dedicated themselves toward finding new ways to green their surroundings.

"We're using the cities as kind of a metaphor for co-existence," Gunton said of the episode. "In cities there's a chance to create an environment more suitable for wildlife to live in. There are benefits to us in being close to nature. It's also a metaphor for the planet itself, because it is by our actions that we can change the way we interact with animals in their habitat."

On the whole, the series engenders a hopeful, empowering feeling. Few shows feel as immersive, as capable of dwarfing the day-to-day trifles, lies and scandals filling the news. It refocuses the viewer back on what's fundamental and essential: life, family and the health of this planet.

Since nobody at the top levels of government is likely to be paying attention to climate change and its inevitable effects, the responsibility falls on the people. Planet Earth II is a stunning, aesthetic reminder of all we're fighting for.

"Because ultimately, it's too risky," Gunton said about ignoring climate change and human-instigated environmental degradation. "What if this goes wrong? What would be the implications? We don't want to be doomsayers or scaremongers, but just be a little bit more cautious, a bit more sensible, a bit more forward-thinking about what could happen."