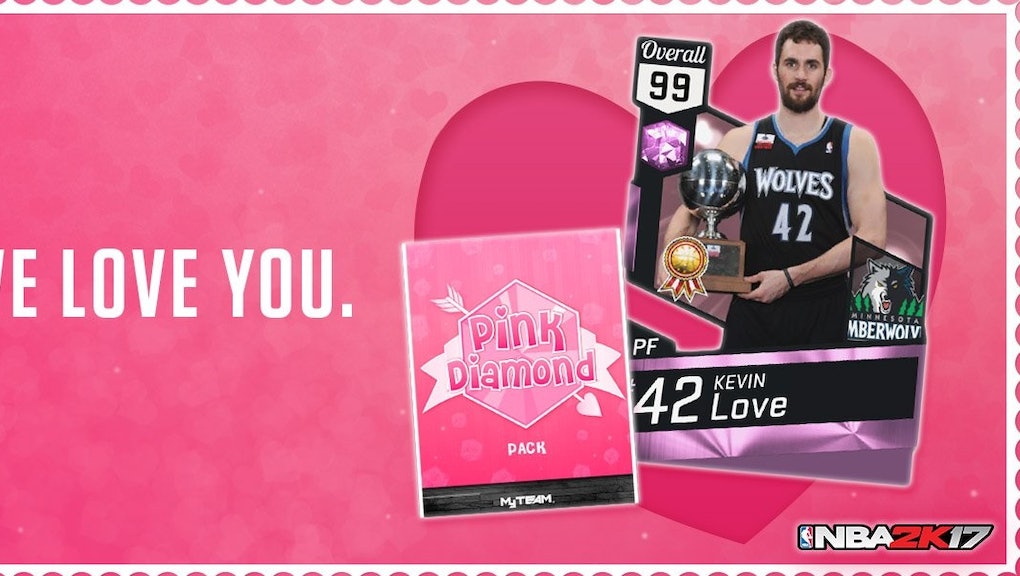 The latest Pink Diamond card for NBA 2K17's MyTEAM mode was released on Valentine's Day. It was an aptly scheduled release as the subject of the card is Cleveland Cavaliers all-star power forward Kevin Love. Here's everything you need to know about the relevant NBA 2K17 MyTEAM locker codes.

Getting this card isn't going to be easy. He's only available through a timed MyTEAM locker code promotion. Limited quantities are available with each release of a locker code, so fans have to hustle to grab one of the Love cards.

The last release took place at 3:01 a.m. Eastern time on Feb. 15. However, the tweet below from the NBA 2K account indicates there will be another release coming up.

To have a chance to get the card, you have to follow NBA 2K on Twitter, and input the locker code in your game while supplies last. You might want to set a notification alert for new tweets so you can get the jump on other players.

As a gift to hardcore NBA 2K fans, 2K offered this Diamond Paul George. The card is only rated an 86, but his 88 open three-point shot rating plus his athleticism can still add a boost to your team.

To get the Diamond George, you just need to input the code located here. It expires on Feb. 28. If you're new to MyTEAM, this is a good start to help get your team started.