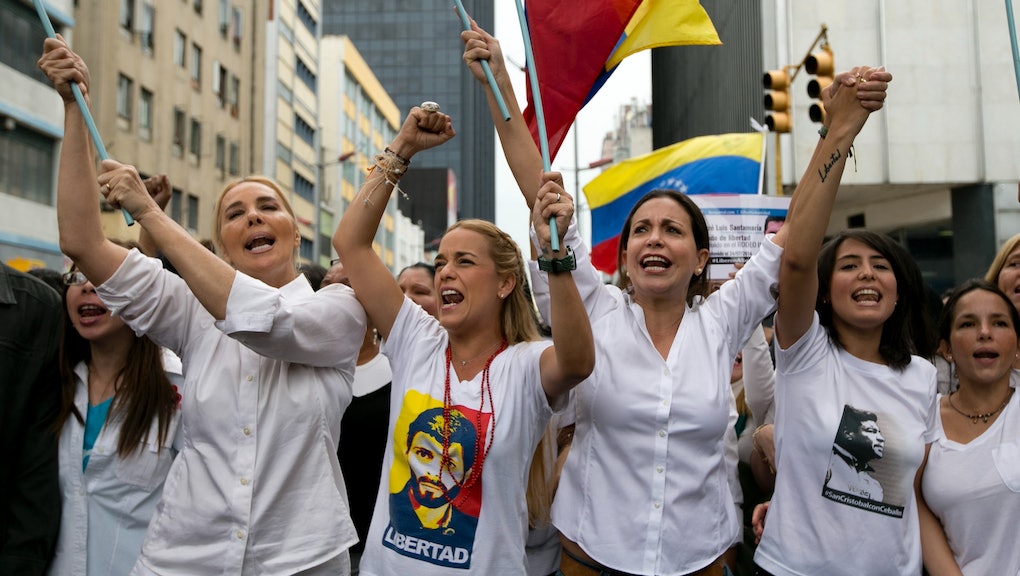 Who is Leopoldo Lopez? Why Trump is calling for the Venezuelan prisoner's release

President Donald Trump took a break from denigrating the "failing" New York Times and Washington Post on Wednesday to tweet out his support for Leopoldo Lopez, who is being held as a political prisoner in Venezuela.

Who is Leopoldo Lopez, and why is Trump advocating for his release?

Lopez, a 45-year-old Venezuelan politician, has been called the country's "maverick opposition leader." He's spoken out against what he has called the "illegitimate" regime of Venezuelan President Nicolás Maduro, who has remained in power even as the country experiences an economic crisis and increasing political tensions.

Lopez was born to a wealthy Venezuelan family and educated in the United States, including at Harvard University. From 2000 to 2008, he served as mayor of Caracas' Chacao district; in 2008, he was barred from running for re-election in a move his supporters say was politically motivated.

As the BBC reported, Lopez has widespread support among Venezuela's middle class — but he's seen as a divisive figure within his own party, at least according to leaked communications from a U.S. diplomat in 2009.

In 2015, Lopez was sentenced to nearly 14 years in prison for charges that included "public instigation, vandalism, arson and criminal conspiracy" related to 2014 anti-government protests in which Lopez had been involved, CNN reported at the time. In response to Lopez's conviction, Human Rights Watch released a statement calling it "baseless" and saying it represented the "the extreme deterioration of the rule of law in Venezuela."

In the same statement, José Miguel Vivanco, HRW's Americas director, called the case against Lopez "a complete travesty of justice" and accused the Venezuelan government of targeting Lopez, a "prominent political opponent" of the government, with unsubstantiated charges.

In calling for the Venezuelan government to release Lopez, Trump is in line with his predecessor.

Former President Barack Obama called for Lopez's release in 2014, even before Lopez was sentenced. "They deserve to be free," Obama said of Lopez and a group of other jailed political leaders around the world. "They ought to be released."