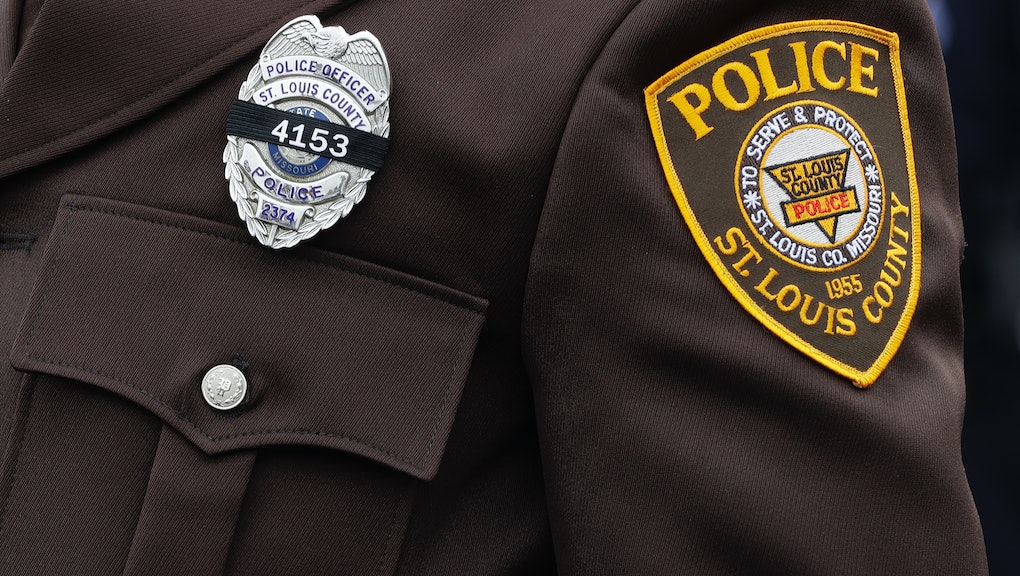 St. Louis police officer said he was asked to "tone down his gayness" on the job

In a lawsuit filed in January, Wildhaber claims that, despite stellar performance reviews, he was not promoted to the rank of lieutenant and he believes it's because of his sexual orientation. The lawsuit details a February 2014 interaction between Wildhaber and a member of St. Louis' county board of police commissioners, the police department's governing body.

According to the lawsuit, board member John Saracino told Wildhaber that command "had a problem with [his] sexuality."

"If you ever want to see a white shirt, you should tone down your gayness," Saracino said, according to the lawsuit. Saracino denies making the comment.

"I never had a conversation like that," Saracino told the Post-Dispatch. "I would never say anything like that. That's not me."

The lawsuit also goes into great detail about the way Wildhaber was denied a promotion. Despite being ranked third out of 26 candidates after an assessment, and being one of nine people primed for promotion, Wildhaber was passed over. Seven people received the rank of lieutenant, and Wildhaber and another officer with disciplinary citations were denied.

According to the lawsuit, when two open lieutenant positions remained to be filled, the department created a new list of people for promotion. The list did not include Wildhaber.

Wildhaber filed a charge of discrimination alleging he was passed over for advancement with the U.S. Equal Employment Opportunity Commission and the Missouri Commission on Human Rights in April 2016.

In a statement to the Post-Dispatch, Joe Patterson, president of the St. Louis County Police Association, said the association has asked Wildhaber to serve on a committee to "ensure all of our members are treated equally and fairly in the workplace, which is a bedrock principal of our organization."

"In the course of our duties, we encounter people from all walks of life and all backgrounds, and our police department should be reflective of the population we serve," Patterson said. "I don't think you can be overly inclusive in 2017."

After the 2014 protests following the death of Mike Brown in Ferguson, Missouri, the U.S. Department of Justice Community Oriented Policing Services' 2015 report suggested that the St. Louis County police department implement a "diversity council" to advise commanders on racial, ethnic, gender and sexual minority issues and recruitment. According to the Post-Dispatch, the council does not yet exist.