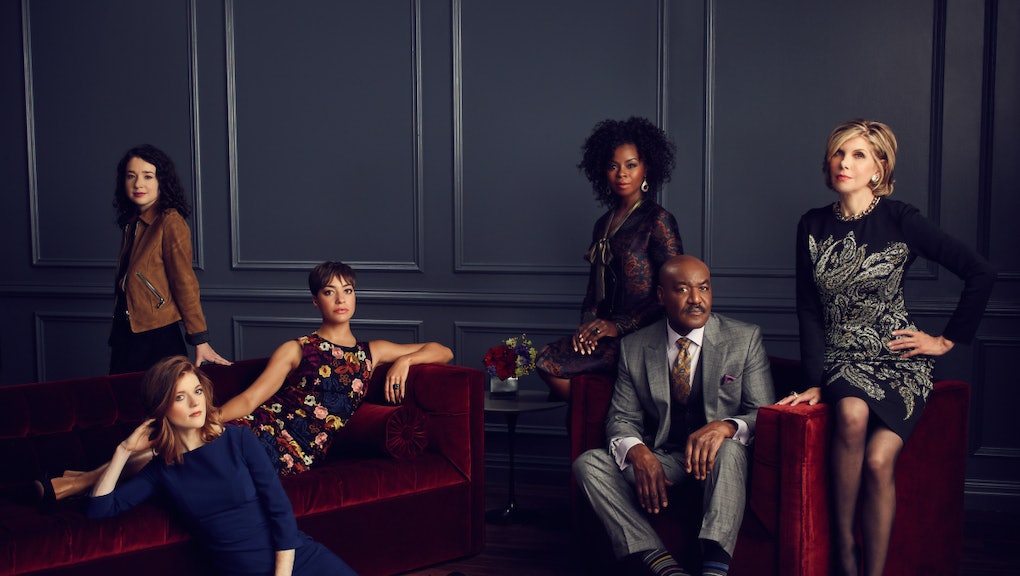 What's changed between 'The Good Fight' and 'The Good Wife'?

Besides Julianna Margulies' Alicia Florrick being absent, and not airing on CBS proper, there are a few key ways the new series differs from its originator. Here are the biggest four.

Diane is the lead character, but Maia is the Alicia figure

The Good Fight pilot hinges on Diane's life developments, making her the lead character. Yes, Maia and Lucca are also leads, but they're more primary in the case-of-the-week plots. Diane is the emotional backbone of the show, and The Good Fight will live or die on how attention grabbing she is. Luckily, it's not hard for Christine Baranski to command a screen.

Maia, then, serves as the Alicia Florrick-esque figure: a woman devastated by the failings of her family member, left to claw her back up on her own. It's a familiar arc, but The Good Fight finds some interesting ways to tell it.

The cinematography has changed significantly

We don't know enough about cameras to explain exactly what the difference is, but The Good Fight looks gorgeous in comparison to The Good Wife. It really helps the series feel more prestigious — like you could find it on Netflix or FX. The show looks more expensive, which is a great thing.

Almost half the ensemble is made up of black actors

An inclusive cast shouldn't be noteworthy in 2017, but it still is in many ways, especially for a show like The Good Fight. The Good Wife tried to approach race in an intelligent way for seven seasons, but mostly whiffed on every attempt. It didn't help that it took until the seventh season to feature a single black actor in the main cast.

The Good Fight, on the other hand, features three black main characters: Lucca Quinn, Adrian Boseman and Barbara Kolstad. The latter two are the most powerful characters in the ensemble. Time will tell if creators Michelle and Robert King can continue writing the characters properly, but it's a first step.

Yes, there's all the cursing

It's a delight to watch beloved characters swear like they're on a fucking HBO show. One particular "fuck off" from Lucca practically makes the screen shake as it's delivered. The quality and caliber of performance are the primary reasons to recommend this show, but all the sailor's tongues are fun cherries on top.

The Good Fight will air its first episode Sunday at 8 p.m. Eastern on CBS. The second and subsequent episodes, as well as the uncensored version of the first, will debut weekly on CBS All Access. Follow Mic's ongoing coverage of The Good Wife here.