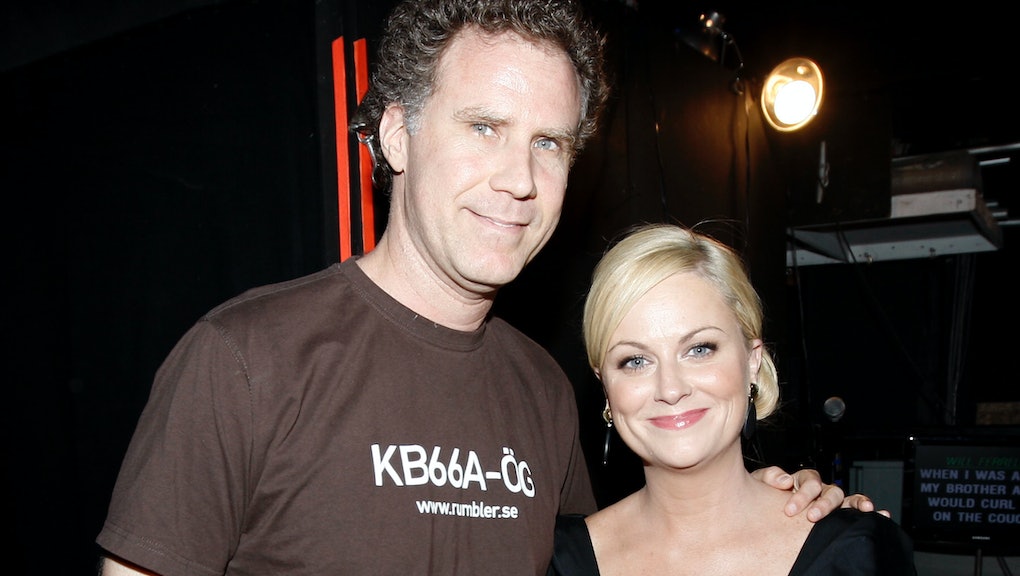 Will Ferrell and Amy Poehler are teaming up together once again for the upcoming comedy The House.

The film stars Saturday Night Live alums Poehler and Ferrell as parents who are about to send their daughter to college. In order to afford her tuition, they begin operating an underground casino in their home — and mayhem ensues.

Poehler and Ferrell teamed up previously on Blades of Glory, of course, and Poehler made a brief cameo alongside fellow SNL alum Tina Fey in Anchorman 2: The Legend Continues.

The House is from Andrew Jay Cohen, who co-wrote Neighbors and Mike and Dave Need Wedding Dates, and this marks his directorial debut. He wrote the script alongside Brendan O'Brien.

Alongside Poehler and Ferrell, the film boasts an all-star comedy cast including Jason Mantzoukas, Allison Tolman and Michaela Watkins.

You can catch all the gambling hilarity when the film hits theaters on June 30.