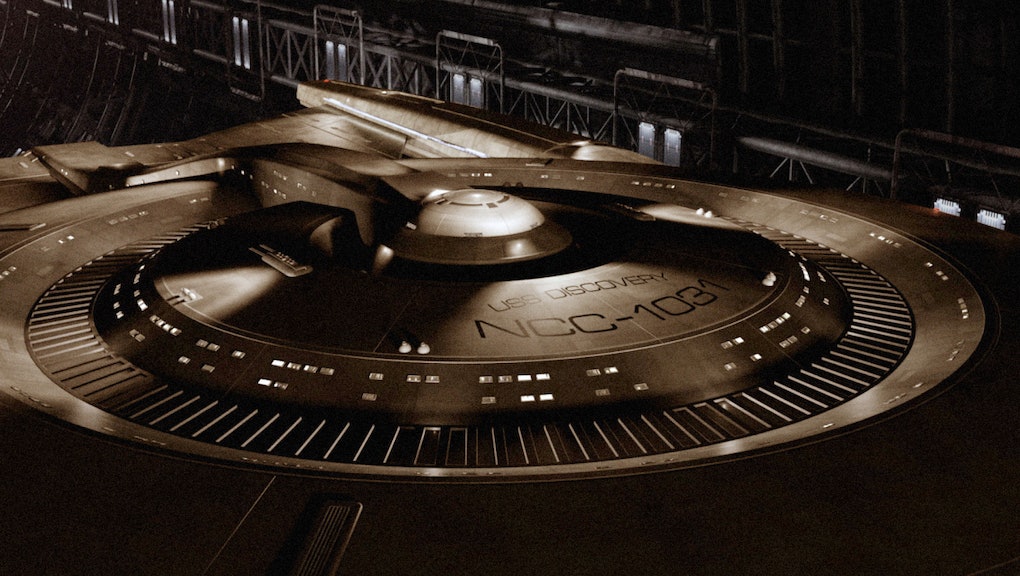 'Star Trek: Discovery' Premiere date, cast and everything we know about the CBS All Access series

On Sunday, Feb. 19, CBS All Access will premiere its first original scripted series: The Good Fight. The series, which is spun-off from CBS' recently concluded The Good Wife, has garnered strong early reviews, perhaps signaling that CBS All Access can become a major player among pay-for streaming platforms. But while The Good Fight looks to be a great start for CBS All Access' original programming efforts, it was not the first series to be announced for the platform. That distinction belongs to Star Trek: Discovery.

In 2015, CBS announced that a "new [Star Trek] program will be the first original series developed specifically for U.S. audiences for CBS All Access." The series will premiere on CBS, with all subsequent episodes being aired on CBS All Access exclusively.

While the Star Trek series was originally slated to be released in the first month of 2017, the premiere date was then moved to May with sources later telling The Hollywood Reporter that the release had been pushed back indefinitely. So, when can Trekkies actually expect to watch Star Trek: Discovery?

As of this writing, CBS All Access' press site still has Star Trek: Discovery listed as premiering in May 2017. Somehow, though, given previous reports, that seems unlikely.

Fortunately, it is not as if the series is stuck in development hell with no release in sight. On Jan. 31, CBS announced in a one-minute video that production had officially begun on the series, meaning we should see the premiere sometime in 2017 — though likely later than the May target.

When Star Trek: Discovery finally premieres, it will feature a diverse cast of incredibly talented actors and actresses. The series lead will be Sonequa Martin-Green, who is best known for her roles in The Good Wife and The Walking Dead. Green is set to play the lieutenant commander of the USS Discovery, while also remaining as a series regular on The Waking Dead.

Anthony Rapp, who is probably best known for his work in Rent, will play Lt. Stamets, the franchise's first originally conceived gay character. This comes after 2016's Star Trek Beyond revealed that Lt. Sulu, played in that film by John Cho, was gay. Sulu, of course, was long played by George Takei, now a noted activist for LGBTQ rights.

Over the summer, Entertainment Weekly reported that Bryan Fuller, then the showrunner for Star Trek: Discovery, told reporters at the Television Critics Association's press tour quite a bit about the show's premise. Here is what Fuller had to say:

"There’s an incident and an event in Star Trek history that’s been talked about but never been explored. To do this series, we’re telling a much more serialized story, to dig deep into a very tantalizing storyline. And we have a character who’s on a journey, and in order to understand something that is alien, she first has to understand herself."

While there is not yet much footage from the series, which only recently entered production, here is a really cool clip introducing the USS Discovery to hold you over until a proper trailer drops.