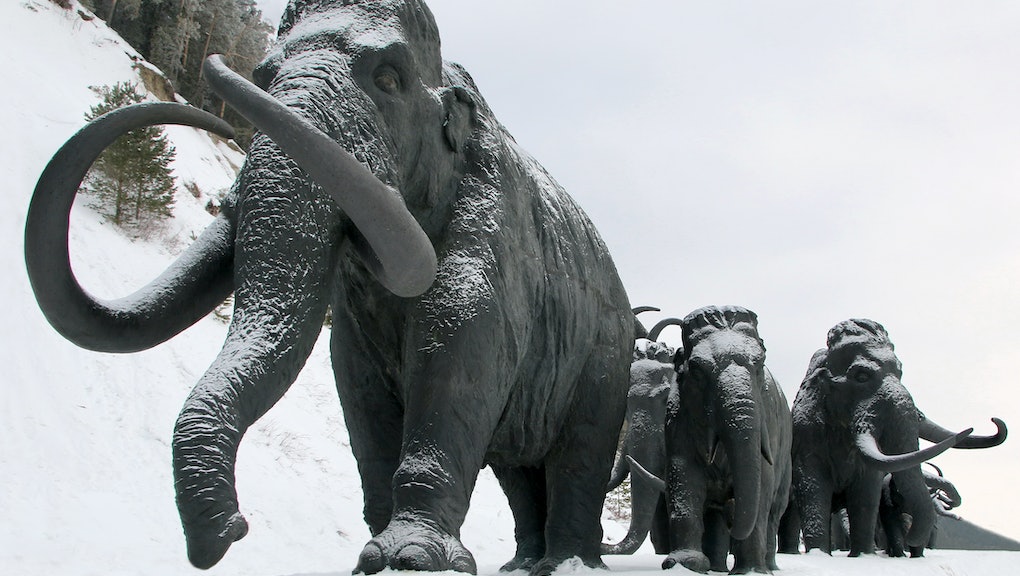 Scientists are getting even closer to bringing back the woolly mammoth

If we've learned anything from sci-fi movies, it's that plans to bring animals back from extinction can sometimes go terribly, horribly wrong. Let's hope that isn't the case here.

This week, a team of Harvard scientists announced they are closer than ever to using genetic engineering to bring back the woolly mammoth, which went extinct some 4,000 years ago, the Guardian reported on Thursday.

But don't expect the woolly mammoth remake to be exactly the same as its Ice Age ancestor. "Our aim is to produce a hybrid elephant-mammoth embryo," George Church, a scientist heading the Harvard team said this week, according to the Guardian.

"Actually, it would be more like an elephant with a number of mammoth traits," he said. "We're not there yet, but it could happen in a couple of years."

The scientists behind the effort are using a gene-editing technique called CRISPR to splice up the mammoth DNA with the elephant DNA, working towards creating "mammophant" embryos which would have some physical features from each animal.

Creating a "mammophant" could have benefits — beyond just being incredibly cool. Church said his research could potentially help to both save the endangered Asian elephant and combat global climate change by introducing animals that would help keep tundra permafrost cold.

"They keep the tundra from thawing by punching through snow and allowing cold air to come in," Church said.

But some have criticized the ethics of such a project and raised the question of how an extinct animal, born into a world where it has no living counterparts, might fare in captivity or isolation.

So is a Jurassic Park-scenario in the works? Don't hold your breath. Church said his team has long-term plans to grow the planned mammophants in an artificial womb, the Guardian reported — but the technology necessary to pull it off could still be years away.