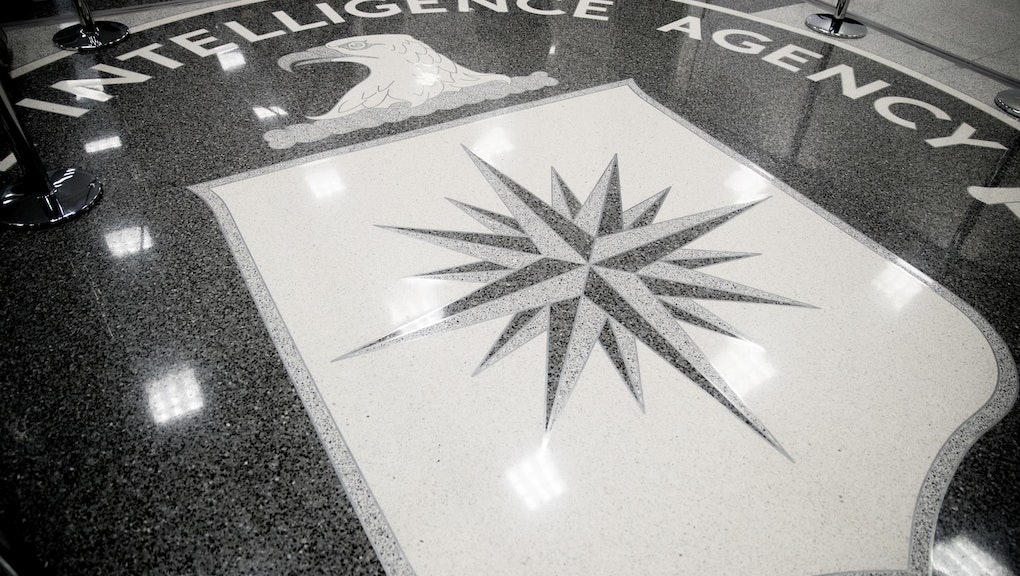 CIA, FBI, NSA, DIA: What's the difference, and what does each do?

There are endless differences between President Biden and his predecessor. The two men disagree on so many fundamentals of how to govern, including what to prioritize, how to communicate, and whom to trust. And while former President Donald Trump was more comfortable embracing a handful of close personal friends-turned-political aides, shutting out more traditional government advisers in the process, Biden, a career politician, is much more comfortable turning to establishment expertise. Perhaps the biggest break between 45 and 46 will concern the intelligence community. Where Trump continually disregarded the conclusions of America's intelligence agencies — including the Central Intelligence Agency, Federal Bureau of Investigation, National Security Agency, and Defense Intelligence Agency — Biden has stood by them.

But who is "intelligence," anyway, and how does each agency differ from the other? Here is a breakdown:

The Central Intelligence Agency is the country's chief gatherer of intelligence overseas. Officially formed in 1947 under the National Security Act, it is currently led by David Cohen, though Biden has announced his nomination of career diplomat William Burns to ascend to the position.

According to the agency's website, the CIA's mission is to "collect, analyze, evaluate, and disseminate foreign intelligence to assist the president and senior U.S. government policymakers in making decisions relating to national security." Once a foreign threat is identified, the CIA conducts an intelligence study, and then it looks for ways to collect information about said problem.

Some of the CIA's more covert operations have been deemed controversial over the years, including the infamous 1961 1961 Bay of Pigs invasion, the 1954 Guatemalan coup, and the 1986 Iran-Contra affair. There are also the upsetting dispatches from CIA black sites, which have been used as torture hubs to gather information from possible suspects. Foreign intelligence experts have called to end CIA covert operations because they "have repeatedly done damage to U.S. values and laws."

The Federal Bureau of Investigation was founded on July 26, 1908, and it is currently headed by Christopher Wray, a holdover from the Trump administration. It mostly focuses on domestic cases. According to the FBI's website, its mission is to investigate specific crimes assigned to them and provide law enforcement agencies with fingerprint identification, laboratory examinations, training, and other services. While the FBI also gathers and analyzes intelligence, it works directly with the Department of Justice, whereas the CIA and other intelligence agencies deal with the State Department or the Department of Defense.

The FBI was a key investigation agency in domestic terror cases such as the 1995 bombing of a federal building in Oklahoma City, as well as the Sept. 11 attacks. In the 1950s and 1960s, while still led by longtime director J. Edgar Hoover, the agency was behind the controversial Counterintelligence Program — also known as COINTELPRO — which targeted suspected communists, Martin Luther King Jr., and participants in the Civil Rights Movement.

Founded on Nov. 4, 1952, the National Security Agency is responsible for collecting, monitoring, and processing information and data for counterintelligence and foreign intelligence actions, also known as signals intelligence— or SIGNIT. It is also in charge of cryptology, or as its website describes it, "the art and science of making and breaking codes." Army Gen. Paul Nakasone has served as the director of the NSA since May 2018.

The Washington Post reported that the NSA's phone data collection program has disrupted at least 42 cases of potential terror plots in the U.S. and abroad. However, organizations such as Electronic Frontier Foundation have sued the NSA for conducting dragnet surveillance on U.S. citizens.

According to its website, the Defense Intelligence Agency provides military intelligence to soldiers and fighters in the field, defense policymakers, officials in the Department of Defense, and the intelligence community. The DIA has become the chief source of foreign intelligence for all combat and combat-related missions undertaken by the U.S. The agency was founded on Oct. 1, 1961 under the recommendation of then-Secretary of Defense Robert McNamara and is currently directed by Army Lt. Gen. Scott Berrier.

The DIA provided intelligence that led to the takeover of the Son Tay prison camp in Vietnam to rescue U.S. prisoners of war in 1970, as well as for the 1983 U.S. invasion of Grenada and the 1993 Operation Restore Hope that sought to capture Somali warlords.

This article was originally published on Feb. 17, 2017