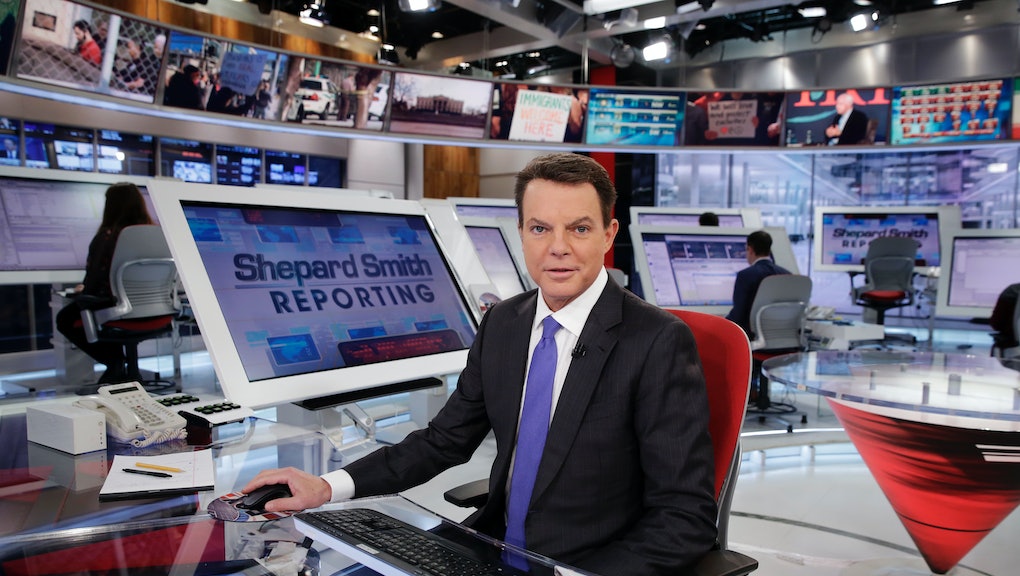 Fox News anchor Shepard Smith is under fire from Donald Trump supporters after blasting the president's behavior at his Thursday press conference.

In a Thursday segment, Smith criticized Trump's refusal to address media questions regarding his campaign team's contact with Russia. The anchor alleged Trump was "avoiding this issue of Russia as if we're some sort of fools for asking this question."

In the segment, Smith asked, "Really? Your opposition was hacked, and the Russians were responsible for it, and your people were on the phone with Russia on the same day it was happening? And we're fools for asking the questions?"

"No sir, we are not fools for asking this question and we demand to know the answer to this question. You owe this to the American people. Your supporters will support you either way. If your people were on the phone with [Russia], what were they saying? We have a right to know. We absolutely do and that you call us fake news and put us down like children for asking these questions on behalf of the American people is inconsequential. The people deserve that answer, at very least."

Some hailed Smith as a "national treasure," but not everyone felt that way. Trump supporters were swift to criticize Smith, calling for him to be fired and rallying to boycott Smith until Fox fires him. Many likened Smith to Megyn Kelly, who was the second-highest rated personality in cable television news when she left the network for NBC in early January.

Smith has worked at Fox News since its inception in 1996. In 2003, USA Today ranked Smith as one of the most trustworthy news anchors in the country.