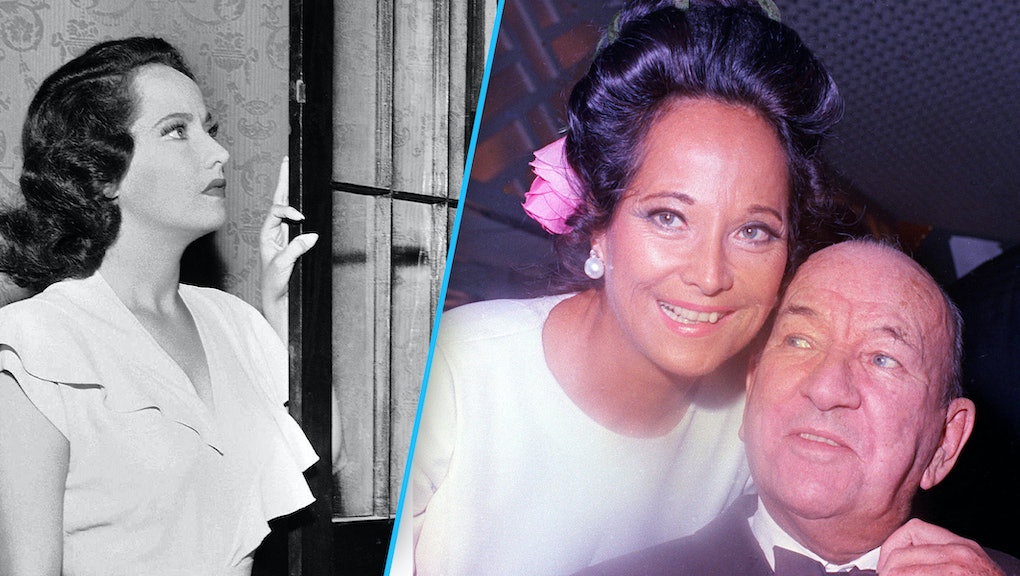 The surprising story of Merle Oberon, the only Indian actress to be nominated for an Oscar

When the omniscient narrator read Dev Patel's name during the 89th annual Academy Awards nominations announcement in January, the actor extended an incredible record. He became just the 13th Asian actor ever nominated for an Oscar, and the third of Indian descent.

The second was Ben Kingsley, the British actor of Gujarati Indian lineage on his father's side. The first, however, was the only Indian actress ever nominated for an Oscar: Merle Oberon. But had Hollywood had its way, as it did most of her life, we likely never would have known she was Indian at all.

Oberon was born Estelle Merle O'Brien Thompson in 1911. For most of her life, she claimed she was born in Australia — but in fact, she was born in Mumbai. Her mother was Constance Selby, a 15-year-old girl from Ceylon (now known as Sri Lanka), but because Constance was so young, her mother Charlotte Selby raised Oberon as her own.

She moved to England in 1928, and quickly caught the attention of Hungarian director Alexander Korda. Korda cast her as Anne Boleyn in his 1933 film The Private Life of Henry VIII, crediting her under the name Merle Oberon. The role would become her breakout, boosting her professional and personal life. Films like The Scarlet Pimpernel, I, Claudius and Wuthering Heights filled her filmography; she earned her Oscar nomination for 1935's The Dark Angel. Simultaneously, Oberon embarked on a marriage with Korda, which would end in 1945. She married thrice more before passing away in 1979. Her last film was 1973's Interval.

While working, Oberon reportedly refused to appear on camera without makeup — now understood to be about masking her darker complexion. She died without revealing the truth of her identity. It wasn't until the publication of her 1983 biography, written by Charles Higham, that her ancestry came to light.

Why did Oberon and Korda go to such lengths to mask her identity? The answer is simple: Hollywood at the time wouldn't have allowed it.

In 2002, the Australian Broadcast Company aired a documentary titled The Trouble With Merle. The documentary was an exploration of Oberon's identity as it relates to her celebrity. In the director's notes, helmer Marée Delofski wrote that her heritage wouldn't have found a home on film:

In the movies at that time, a woman of mixed race was not acceptable. The racism of the period made it very explicit: Merle's Anglo-Indian background was a major obstacle to her becoming a star. Tasmania was chosen as her new birthplace because it was so far from the USA and Europe and was generally considered to be "British" to its core. So Estelle Thompson from Bombay became Merle Oberon, a white upper class Hobart girl who moves to India from Tasmania after her distinguished father dies in a hunting accident.

But Oberon is perhaps the most famous example of disguised ancestry in Hollywood. How much she knew is up for debate; Delofski has questions about how much was her work and how much Hollywood (and Korda) designed for her.

"Maybe Merle didn't even know who her mother was," the director said. "The studio reconstructed her history and she had to live that life story and keep living that life story."

Hollywood has changed in the intervening years, though some vestiges of that stigma remain. Sisters Meg and Jennifer Tilly go by their mother's maiden name rather than their Chinese father's. In other ways, the world has opened: For example, actors like Hailee Steinfeld and Darren Criss speak openly about their part-Filipino heritage.

Oberon, on the other hand, remains a fascinating figure in Oscar history. She carries a unique distinction that she herself never confirmed in life: that she is the only Indian actress ever nominated for an Oscar. While inclusion remains a massive issue for the film and TV industries, it's growing increasingly hopeful that she'll be joined in the record books by another Indian actress (Quantico's Priyanka Chopra, perhaps?) very soon.

Sunday night in London, Patel became the first actor of Indian descent to win a BAFTA — the British equivalent of an Oscar — for his work in Lion. Decades after Oberon's career peak, actors of Indian descent like Patel, Chopra and more are cracking through the very barriers that kept Oberon's identity concealed. It's a slow process, but a historic one.