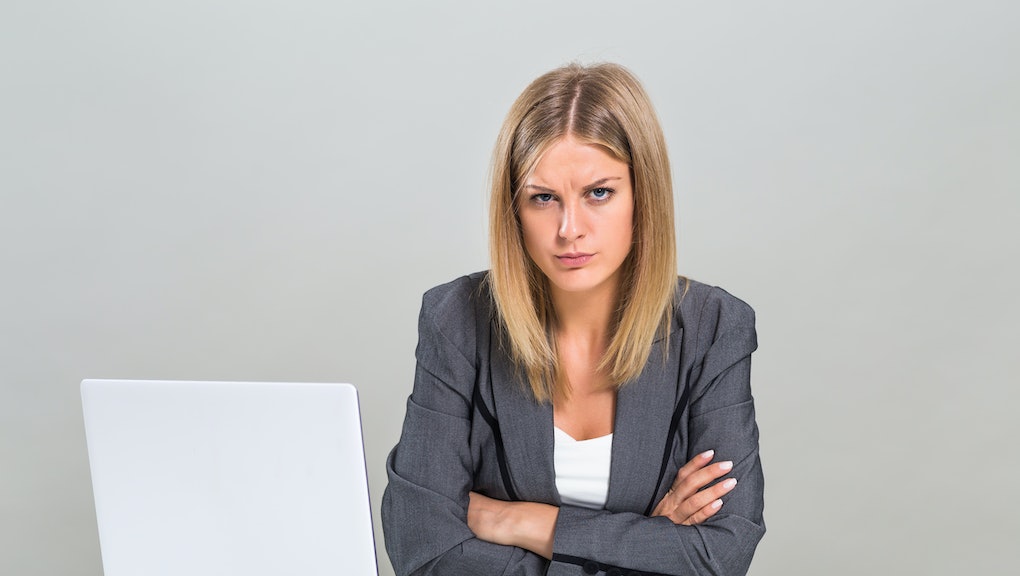 A local Republican official is in hot water after publishing a letter to the editor in a local Utah paper warning that "equal pay for women has consequences."

James Green, the vice chair of the Wasatch County GOP office, wrote the letter in response to Senate Bill 210 — legislation that would require employers to guarantee all workers equal pay for equal work.

Such a suggestion seemed totally unreasonable to Green, who worried that giving women their fair due would take wages out of men's pockets and keep women away from the home. Because apparently the clocks just turned back an entire century.

"If businesses are forced to pay women the same as male earnings, that means they will have to reduce the pay for the men they employ...simple economics," Green wrote.

"If that happens, then men will have an even more difficult time earning enough to support their families, which will mean more mothers will be forced to leave the home (where they may prefer to be) to join the workforce to make up the difference."

Green issued a letter of apology on Thursday, reported on by a local Fox affiliate, writing that he never meant to offend women or devalue their contributions to the workplace. He claimed he was only drawing attention to the "historical reasons" for denying women equal pay.

He ended the statement with a story of how hard he worked so that his wife could stay home to raise their two children, both of whom went on to careers in medicine.

"While I worked my fingers to the bone (with numerous extra side jobs) so my wife could stay in the home and raise our two sons, who are now both physician/surgeons (plus one also has a law degree)," Green wrote. "I realize not everyone is so fortunate."

Who knows — they might have become demons, instead, if they had grown up with a working mother.