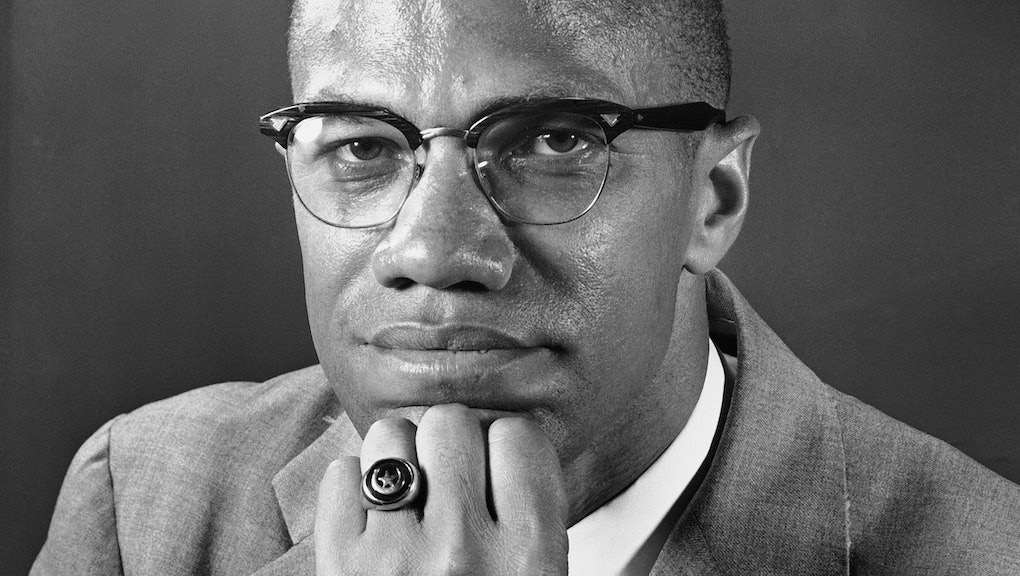 Tuesday marks 52 years since Malcolm X was assassinated in the Audubon Ballroom in New York City on Feb. 21, 1965.

Malcolm X, born Malcolm Little, and then later known as el-Hajj Malik el-Shabazz, was a human rights activist at the height of the civil rights era. As a child, white supremacists allegedly killed his Baptist minister father and his mother was admitted into a mental hospital. Malcolm X turned to drugs and crime and spent years in prison. There, he was introduced to the teachings of Minister Elijah Muhammad and later joined the Nation of Islam.

After his time in prison, he moved to Detroit, Michigan, to help Muhammad grow the Nation of Islam among black Americans. From 1952 to 1960, the Nation of Islam grew from 400 to 40,000 members. Malcolm X encouraged others to overcome racism "by any means necessary."

In 1964, Malcolm X left the Nation of Islam and made his hajj pilgrimage to Mecca. Malcolm X continued to speak out against injustice until his death on Feb. 21, 1965. And today, Malcolm X serves as a defiant symbol for black liberation and Muslim pride. Here are some of Malcolm X's most powerful and timeless quotes:

"There is no better than adversity. Every defeat, every heartbreak, every loss, contains its own seed, its own lesson on how to improve your performance next time.”

“A race of people is like an individual man; until it uses its own talent, takes pride in its own history, expresses its own culture, affirms its own selfhood, it can never fulfill itself.”

“Without education, you’re not going anywhere in this world.”

On fighting for freedom

“You don’t have to be a man to fight for freedom. All you have to do is to be an intelligent human being.”

“When a person places the proper value on freedom, there is nothing under the sun that he will not do to acquire that freedom. Whenever you hear a man saying he wants freedom, but in the next breath he is going to tell you what he won’t do to get it, or what he doesn’t believe in doing in order to get it, he doesn’t believe in freedom. A man who believes in freedom will do anything under the sun to acquire ... or preserve his freedom.”

“I am not a racist. I am against every form of racism and segregation, every form of discrimination. I believe in human beings, and that all human beings should be respected as such, regardless of their color.”

On peace and freedom

"You can’t separate peace from freedom because no one can be at peace unless he has his freedom.”

"There is nothing in our book, the Koran, that teaches us to suffer peacefully. Our religion teaches us to be intelligent. Be peaceful, be courteous, obey the law, respect everyone; but if someone puts his hand on you, send him to the cemetery. That’s a good religion.”

“If violence is wrong in America, violence is wrong abroad. If it is wrong to be violent defending black women and black children and black babies and black men, then it is wrong for America to draft us, and make us violent abroad in defense of her. And if it is right for America to draft us, and teach us how to be violent in defense of her, then it is right for you and me to do whatever is necessary to defend our own people right here in this country.”