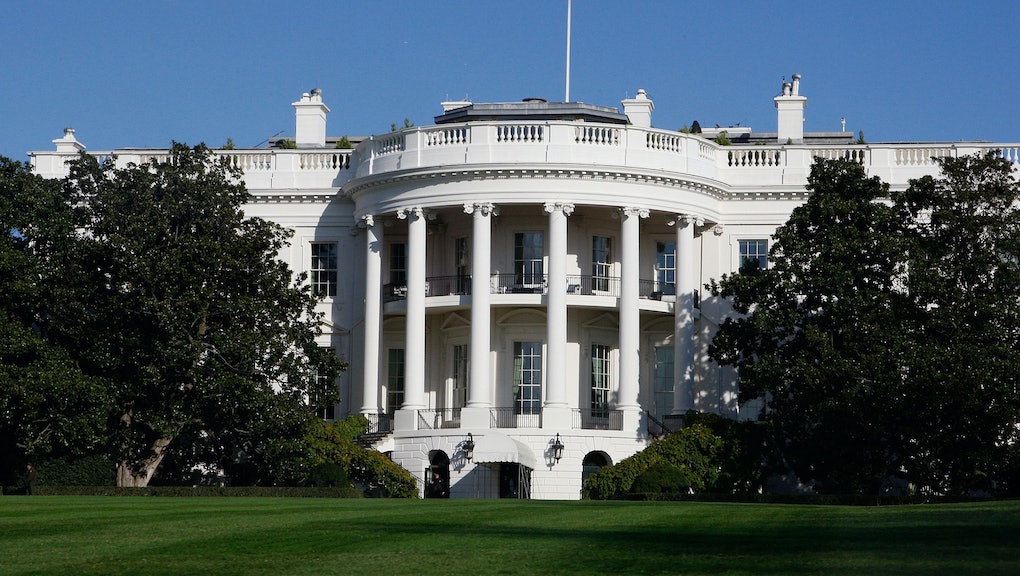 White House decorating through the ages

Since 1800, the president of the United States has made his home in the White House. Though the building has remained the same, the decor has changed significantly.

From Thomas Jefferson, the home's second occupant, onwards, commanders-in-chief have had quite a bit of flexibility when it comes to how they choose to decorate their temporary home.

Congress appropriates money to renovate and maintain the White House, Slate notes, and while presidents have the freedom to renovate their living quarters as they choose, changes to public spaces or more historic rooms, such as the Lincoln bedroom, must be approved by the Committee of the Preservation of the White House. State rooms, Slate explained, are generally only renovated once every ten years.

Here are some of the ways that the presidential decor has changed throughout the years.

When Jefferson entered the then still-unfinished White House, his decor changes included creating a wilderness museum and installing a revolving bookstand and cabinet.

His successor, James Madison, left the decorating up to his wife, Dolley — a rarity at the time, as decorating was traditionally a man's job. The White House's original condition would not last long, however, as the British army set the residence on fire during the War of 1812.

Once the presidential residence was restored, subsequent 19th century presidents made their own mark on the building. President Andrew Johnson's daughter, for instance, added bold geometric designs, while Ulysses S. Grant opted for a Victorian style.

First lady Caroline Harrison tried to make her own mark on the White House by proposing a significant expansion. Though the expansion was ultimately denied, Harrison significantly renovated the decor, and was also responsible for updating the building's plumbing and installing electricity. Harrison also started the tradition of the White House's annual Christmas tree.

One of the White House's most significant renovations came during Theodore Roosevelt's presidency. The "re-invention" removed the residence's Victorian trappings and returned the building to a Federal style.

President Harry Truman also made significant changes to the White House — so significant, in fact, that the president had to be relocated across the street to Blair House.

First lady Jacqueline Kennedy played her own role in re-shaping the White House when she completely restored the building with an eye toward its historical and symbolic value.

The restoration culminated in the first lady's televised tour of the White House, for which she won an honorary Emmy award, and a guidebook on the building that she authored. As part of the restoration and the guidebook's creation, Kennedy also helped to establish the White House Historical Association.

Other administrations made additional changes to the first family's home. President Franklin D. Roosevelt added in his own swimming pool — which was then removed and turned into the Press Briefing Room by Richard Nixon, who also installed a one-lane bowling alley. Gerald Ford later added an outdoor swimming pool.

During President George W. Bush's administration, he and Laura Bush made several renovations to the White House, including expanding the Situation Room and renovating the Family Theater and Press Briefing Room.

President Bush also chose to hang W.H.D. Koerner's painting "A Charge to Keep" in the Oval Office, alleging that the painting depicted a Methodist missionary spreading his faith. In actuality, Harper's Bazaar noted, the painting depicts a horse thief fleeing a lynch mob.

"Mrs. Obama often talks about bringing new voices into the national conversation, and that idea informed many of the decisions we made," designer Michael Smith told Architecture Digest. "We selected artists and designers who would never have appeared in the White House before."

What renovations President Donald Trump will make remains to be seen, although the Oval Office may be due for a lengthy renovation to update its security mechanisms.

In a 2015 interview, then-candidate Trump said he likely wouldn't make drastic changes to the White House.

"If I were elected, I would maybe touch it up a little bit, but the White House is a special place," Trump said, adding, "You don't want to do too much touching."