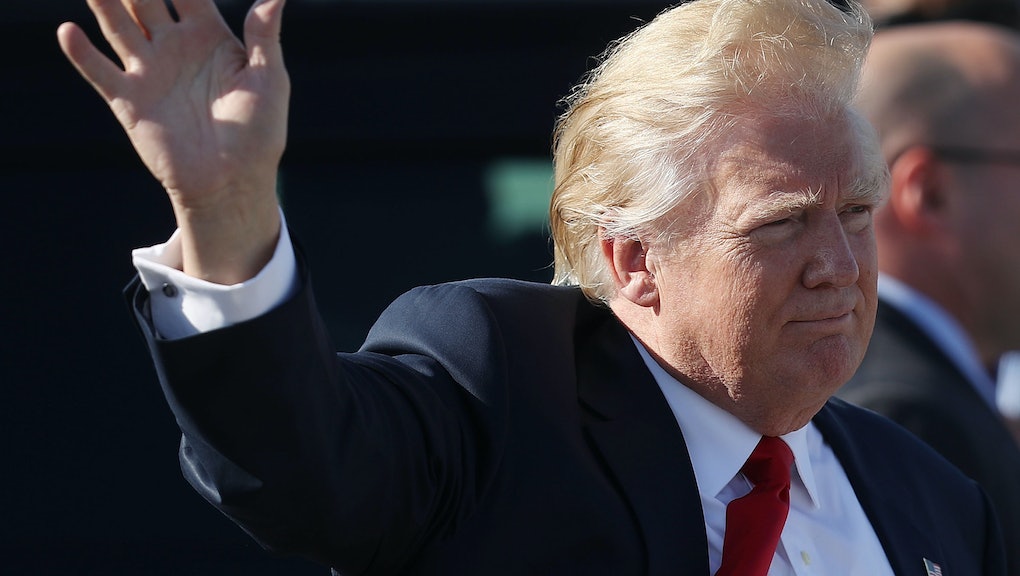 After his first attempt at instituting a Muslim ban was met with more than 20 lawsuits, President Donald Trump will try again. According to the Wall Street Journal, the replacement executive order is intended to be court-proof in a way its predecessor wasn't — and could be ready by Tuesday.

The Wall Street Journal obtained a State Department memo on a draft of the revised order. Whereas the original, signed by Trump on Jan. 27, put a moratorium on travel to the United States from seven majority-Muslim nations, the latest version would place a few qualifiers on the ban to make it more legally viable. Reportedly, it will not apply to green card holders from the target countries: Iraq, Iran, Libya, Somalia, Sudan, Syria and Yemen.

It's also possible the new executive order will drop the indefinite ban on Syrian refugees, a State Department source told the Wall Street Journal. Two White House representatives, however, denied that claim. One of Trump's senior staffers said it's still a work in progress, but the memo reportedly suggests the new order wouldn't prioritize Christian refugees as the old one did.

According to the Guardian, the replacement order might explain why the Trump administration selected the seven countries it did, with an eye toward making the measure look less like a Muslim ban and more like a general travel ban in the interest of public safety. An appeals court recently upheld the ban's suspension, ruling the potential for discrimination outweighed refugees' potential threat to national security.

"The government has pointed to no evidence that any alien from any of the countries named in the order has perpetrated a terrorist attack in the United States," the judges ruled, according to CNN. "Rather than present evidence to explain the need for the executive order, the government has taken the position that we must not review its decision at all."

"The public has a powerful interest in national security and in the ability of an elected president to enact policies," the judges added. "... The public also has an interest in free flow of travel, in avoiding separation of families and in freedom from discrimination."

U.S. District Judge James Robart of Seattle halted the ban in early February, issuing a temporary restraining order after Washington and Minnesota filed lawsuits. Dozens of tech companies filed a brief in support of the plaintiffs, while more than 1,000 U.S. diplomats signed a dissent cable in opposition to the ban, which has been actively protested since day one.

Whether the changes will satisfy the court's grievances remains to be seen — according to the Wall Street Journal, we might have answers in the next couple of days.