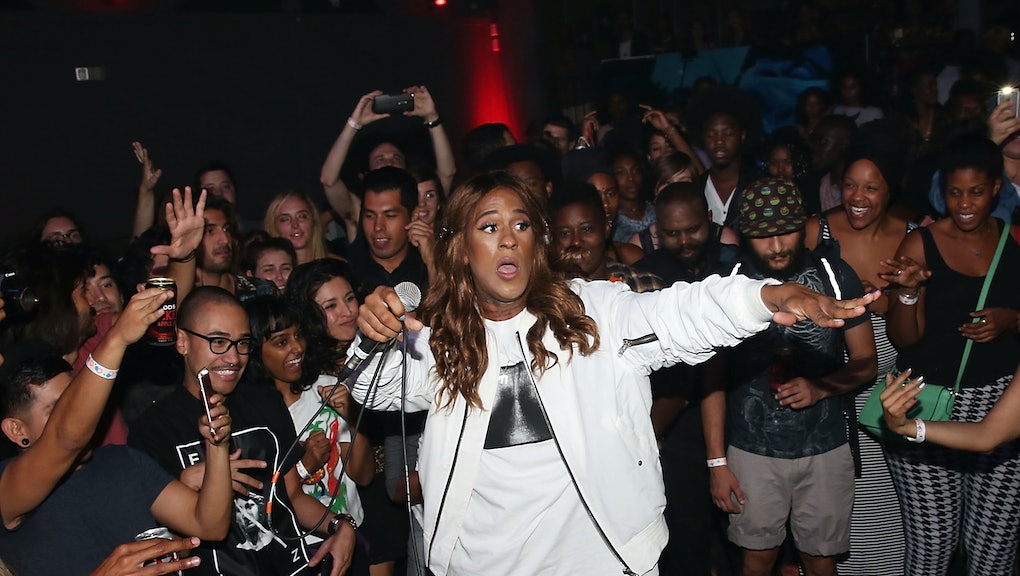 A police officer threatened queer rapper Mykki Blanco with jail time for nothing more than boarding a flight, Blanco claimed this weekend.

According to Blanco, she was napping on board a flight from Toronto, Canada to Detroit, Michigan and awoke to find her co-passenger had called the police to ask why Delta Airlines allowed "someone like me" to sit beside her.

Blanco added the responding officer told her a report would be filed, despite her not actually doing anything criminal.

Later, Blanco tweeted "If the story I shared earlier involving my flight from Toronto to Detroit seems vague it's because it is."

Delta responded to Blanco on Twitter, writing "Hi Mykki, I honestly can't believe what my eyes are reading. I am so very sorry to hear that you had to experience something like this on a Delta flight. Discrimination of any kind isn't tolerated. We love ALL of our passengers."

Some fans rallied to Blanco's defense on Twitter, denouncing the homophobic incident.

According to Out, Blanco is traveling the country for a tour with fellow rapper Cakes Da Killa.