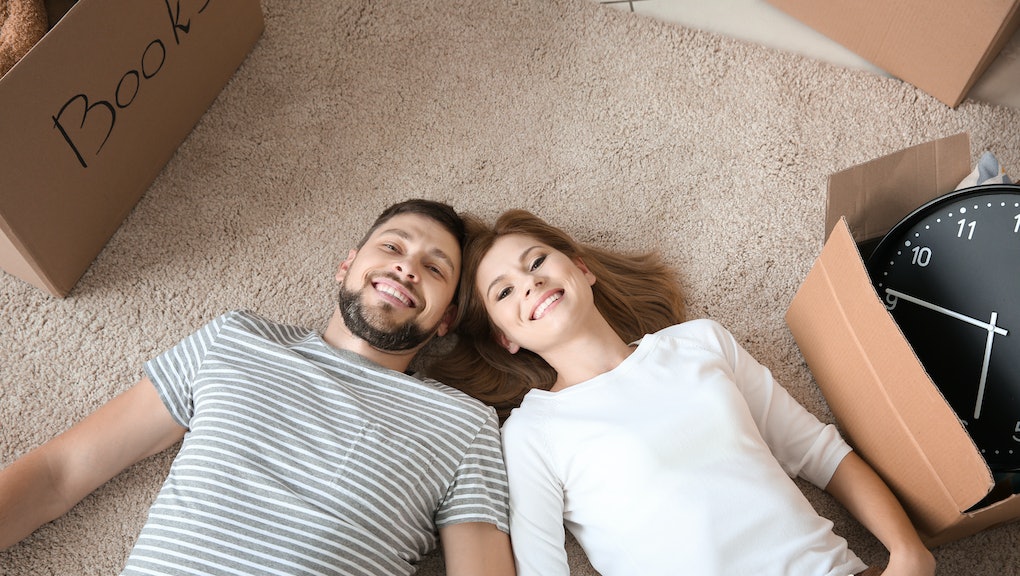 Moving in with your boyfriend or girlfriend? 5 money questions to answer before you shack up.

So you're finally ready to move in together — or at least you think you are.

As cozy as it sounds to make pancakes together every weekend, the less romantic truth is that there's a fair chance you won't be brunching in bed together for long. Close to 30% of cohabiting couples break up before the end of year three, New York magazine reported; 14% never make it past their first year living together.

Money is a leading cause of relationship stress, CNBC reported. Maybe you think your partner wastes money on dumb stuff; maybe they think you do.

The good news is that many money fights can be avoided altogether if you talk about finances upfront. To reduce the chance that a money fight will ruin your relationship, tackle these five issues before you move all your clothes in:

How will you split the rent?

Someone's gotta pay the rent when you live together. But who?

A 2014 NerdWallet study of partners living together found that 35.9% of men paid all household expenses, while just 14.3% of women did. Having one partner pay for everything might make sense if the other person has little or no income. Otherwise, you'll need a more equitable plan for splitting the bills.

Splitting the rent evenly may sound fair, but it can cause the partner who earns less to feel resentful. If you opt for a split based on income, however, the bigger earner may not like paying more. One woman interviewed by U.S. News and World Report said she started scrutinizing her boyfriend's spending after becoming frustrated that picking up 60% of the rent left her with too little cash.

Whatever you decide, make sure both of you are OK with it from the get-go.

Who pays for groceries?

Living together means shopping for two. It wouldn't be very romantic to have separate food in the fridge with your name on it, but you may get frustrated with paying for your partner's fancy cheese or gourmet ice cream habit.

Groceries are not an insignificant expense. Lifehacker estimated that a "thrifty food budget" for a family of two is $373 a month, while the "liberal food plan budget" is as much as $743.10 a month.

Yahoo recommends opening a joint bank account into which each partner deposits enough to cover shared expenses like groceries. After you figure out your total budget, either divide this amount by two and each put in half, or use the percentage-of-income formula described above.

Who pays for utilities?

Cable bill, Internet bill, water bill, electric bill — these are just some of the monthly utility costs you'll have to divvy up.

If you're using a joint account to cover grocery expenses, you could put cash into it to cover utilities, too. Alternately, you could assign a bill to each partner: You pay the water bill and your partner pays the gas and electric bill, for example.

Be sure to talk about which utility bills you are going to split. If you want premium cable but your partner is fine with streaming, will you still split the cable bill?

You should have renters' insurance if you move in together. Some landlords require it. Even if they don't, it will protect you from liability if someone gets hurt. It also allows you to make sure you can replace your stuff if you get robbed or a fire or flood happens.

Talk about how much insurance you need and who pays the premiums. If one of you has more stuff to protect, should that person pay more? Or will you split the premiums, too?

Not every couple who moves in together gets a happily ever after. So you need a plan for who is going to vacate the apartment in the event of a breakup.

If you make joint purchases, like buying furniture together, fights could break out over who gets the TV when you leave. Some couples sign a cohabitation contract, similar to a prenup. That might feel too formal, but at the very least have a talk about what you'll do if you decide to split.