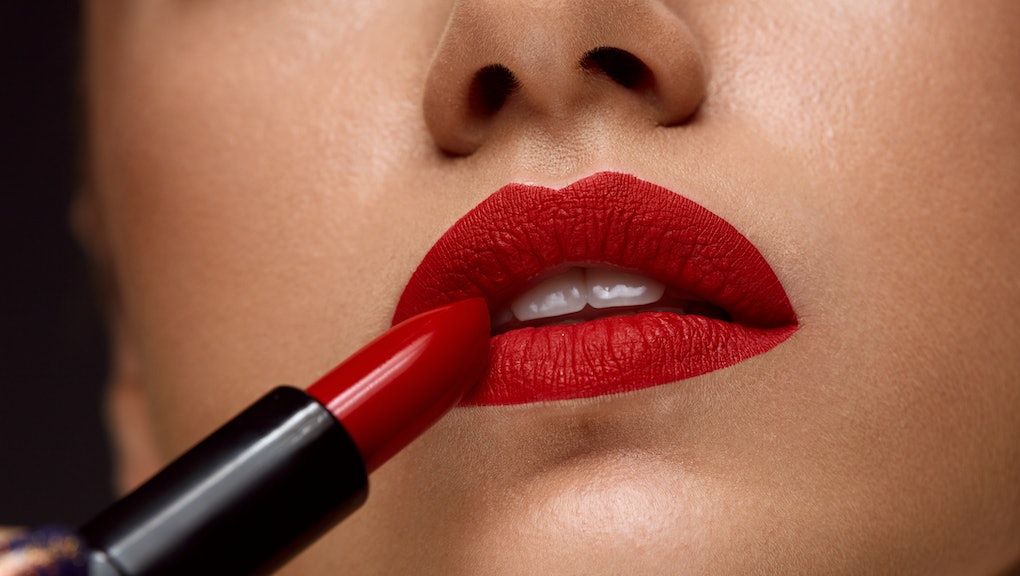 Finally! Man makes labia "lipstick" so people with periods can glue together their vaginas

Attention, menstruating types: Would you like the option to temporarily glue your vagina closed, storing up all your period blood for strategic release at a later date? Does that sound fun to you?

You're in luck! One Wichita, Kansas, chiropractor is developing a labial glue stick that would enable people with periods to do just that. Forbes reported Monday that Mensez Technologies CEO and president Daniel Dopps, who is not a medical doctor but is taking a leap into what should probably remain the exclusive realm of gynecologists, has patented what he calls a "feminine lipstick."

When rubbed on the labia minora, the product's "proprietary combination of amino acids and natural oils" allegedly seals them together until the user pees. That dissolves the seal "and everything washes away into the toilet."

The Mensez "feminine lipstick" is purportedly "safe and secure for the user," but the product is still under development. "We're just introducing the concept," Dopps told Forbes.

When Mensez introduced the concept to the internet, it was met with a flood of ridicule. One Facebook user shared screenshots from Mensez' page on Monday, prompting at least one commenter to wonder whether "this 'doctor' has ever actually seen a vagina before?"

One of Mensez's posts asked: "Have you ever woke up with your lips stuck together? It didn't hurt and it was kind of fun."

"GUYS LOVE TO KISS LIPSTICK," reads another, while another post from Mensez seems to chastise women for not having thought of this genius invention earlier:

Yes, I am a man and you as a woman should have come up with a better solution then diapers and plugs, but you didn't. Reason being women are focused on and distracted by your period 25% of the time, making them far less productive then they should be.

According to the Mensez website — which, incidentally, is set in a Papyrus-variety typeface and ominously warns "Your time has come..." — the company's Facebook page was deactivated after being "hacked by a prankster." However, in an interview with Forbes, Dobbs seemed to stand by the ideas posited on social media.

When asked how the lipstick worked, how the seal could withstand sweat and blood but not urine, how high the potential for infection was and whether or not he "know[s] the difference between a urethra and a vagina," Dobbs defended the product. "It makes more sense than putting the plug up there," Dobbs told Forbes, adding that "we're using the vagina like a bladder just like tampons do."

Granted, chiropractors are not medical doctors, but a passing familiarity with human anatomy should be enough to tell Dobbs that vaginas and bladders do not work the same way. Also not comparable in terms of structure or function? Tampons.

Dobbs told Forbes that his idea is "being misunderstood," which may or may not be because, once you've seen the words "labia" and "glue" wedged together in the same sentence, well, it's hard to come back from that.