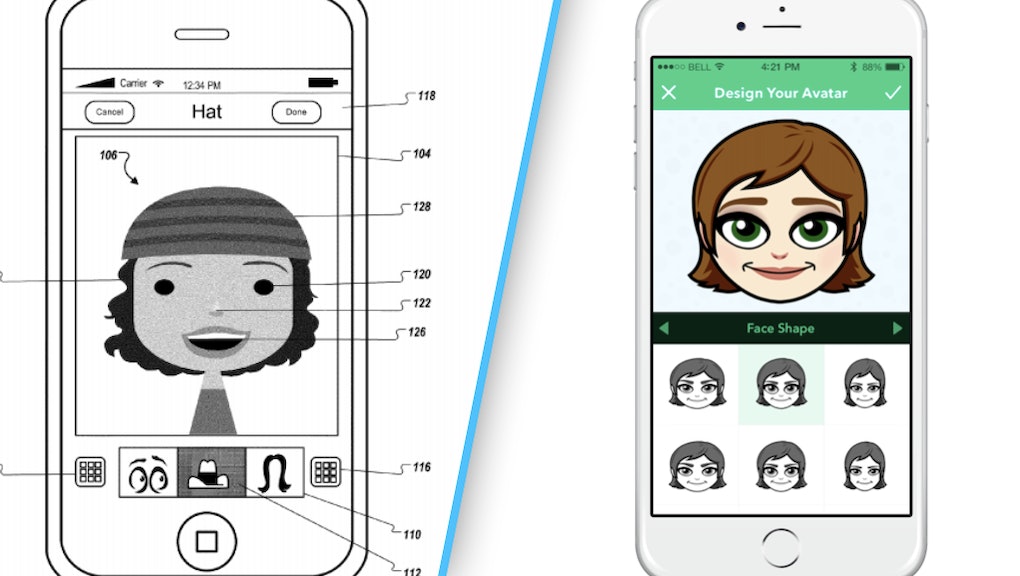 Apple just patented something that looks exactly like Bitmoji

Apple loves to talk about its revolutionary and world-changing innovations, but on Tuesday it was reportedly granted a patent for a feature that looks a lot like something we've already seen before: Bitmoji.

Introducing Apple's own animated avatars, which look remarkably similar to Bitmoji, the app that lets you create a little cartoon version of yourself and send it to friends.

And here's an image from Bitstrips' Bitmoji iOS app:

Apple's patent was originally filed in 2011, but it was just officially granted on Tuesday. Bitstrips was founded in 2007. The Bitmoji app is available as an iOS app, an Android app, a Google Chrome extension, a Facebook messenger app and as a keyboard extension for iOS.

We've reached out to Apple and Bitstrips and will update with any response.