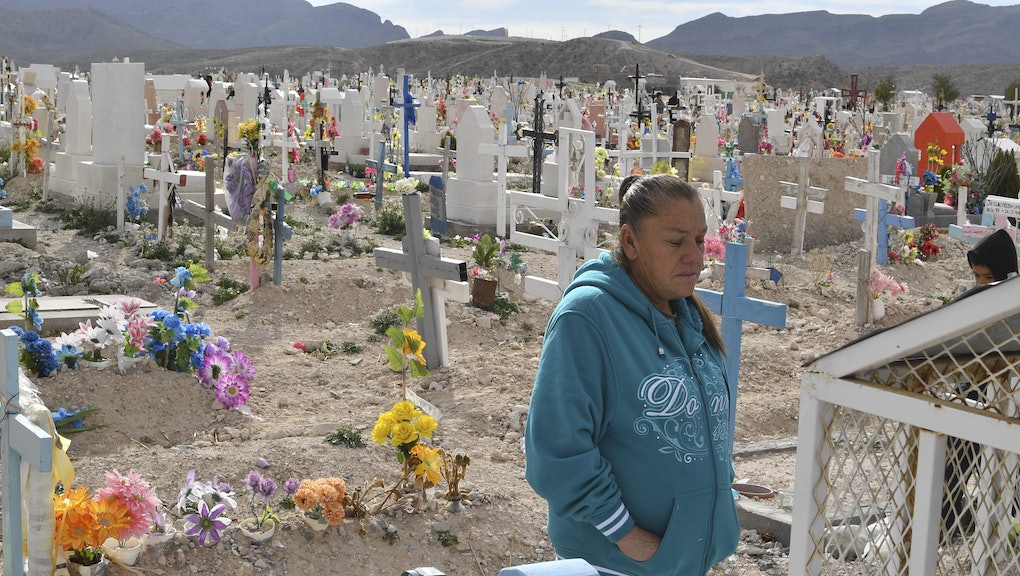 On a June evening in 2010, unarmed Mexican 15-year-old Sergio Adrian Hernandez Guereca was fatally shot by a United States Border Patrol agent from across the U.S.-Mexico border. The teen's grieving family has sought justice ever since.

Guereca's parents tried to sue the Border Patrol agent, Jesus Mesa Jr., for violating their son's rights, but were dismissed by a federal judge on the grounds that Guereca was not in the U.S. when the incident occurred, and therefore is not protected by the American legal system. With the American courts refusing to help, they next petitioned the Obama administration to extradite Mesa so that he could be charged in Mexico, where they live. Their request was denied.

But on Tuesday, the Associated Press reported, the Supreme Court will hear the family's appeal — and the case could set a precedent for the ability of non-U.S. citizens to access the American judicial system.

As NBC News noted, the Guereca-Mesa case is similar to the lawsuits related to President Donald Trump's travel ban targeting Muslim-majority countries in that it will help to define the extent to which foreigners are entitled to seek protection from the U.S. court system.

Despite the fact that Guereca was less than 60 feet away from where Mesa stood in El Paso, Texas, when he was shot, he was technically located in Ciudad Juarez, not on U.S. soil. In a court filing, the U.S. government used that fact to bolster its argument that Guereca's location nullified his family's right to bring the case in American courts, writing that the right to a lawsuit "should not be extended to aliens injured abroad."

The need for accountability in Border Patrol-related deaths

Guereca's family claims that on the day he was killed, he was playing with friends on the Mexican side of the border. Guereca and friends ran up to touch the eight-foot fence separating the country from the U.S. According to Guereca's family, when Mesa arrived on the scene, he shot the boy as he was attempting to flee, then left without checking on his body or calling for medical help.

Mesa's counterargument, according to the Justice Department, was that he had been attempting to stop "smugglers attempting an illegal border crossing."

The family's lawyer, Robert Hilliard, said that a decision by the Supreme Court not to hear the case would have amounted to saying "that 100% of the conduct of a domestic police officer in the United States is unconstrained by the U.S. Constitution." The family will seek at least $10 million, he said.

According to NBC News, Guereca's death is far from the first example of Border Patrol agents not being held accountable for a shooting.

In 2013, a report commissioned by U.S. Customs and Border Protection found that the same agency had failed to sufficiently investigate the 67 shootings that occurred between 2010 and 2012, some of which had also involved questionable use of force. In response, the agency said that it had "tightened its policies."