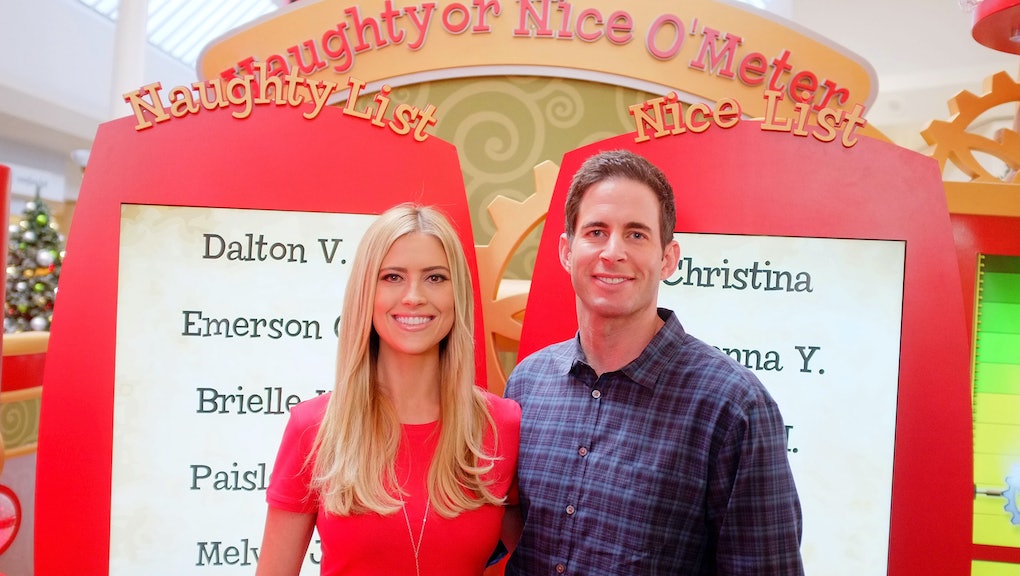 The battle between Tarek and Christina El Moussa continues to heat up as the Flip or Flop stars open up about their split. Tarek El Moussa appeared on Today on Tuesday to discuss his divorce from wife Christina, as well as the headline-making incident last year in which the police were called to the couple's home after reports he was armed and possibly suicidal.

The HGTV personality revealed that his seven-year marriage to Christina crumbled, saying that even though they were together while filming, their relationship was falling apart. "As time went on, we got distant from each other. There is a lot going on in our lives. You know, we tried the counseling and it just really wasn't working," he said, noting that the couple's main goal is to co-parent their children.

Tarek also denied that he was ever suicidal and said that he only had a gun on him after going for a hike at Chino Hills State Park Main Ridge Trail. He brought the weapon along to protect himself from wild animals.

"There's mountain lions, bobcats and rattlesnakes and big wildlife back there," he said. "I went out for a hike to scout some trails, it wasn't even a big deal. I didn't understand. It got really blown out of proportion."

Since announcing their separation, the couple has faced allegations of on-set tension. While they are still filming the show together, it was reported in January that the two have not been getting along and there were rumors that Tarek was humiliating Christina on-set and being verbally abusive.

In January, Tarek took to Instagram to dismiss any speculation that the couple was not being amicable. He posted a note in which he called the rumors as "fake news."

Christina appears on the latest issue of People for an exclusive interview with the magazine. “We weren’t able to properly communicate anymore," she told the outlet of her marriage. "It got to the point where we weren’t even driving to set together."