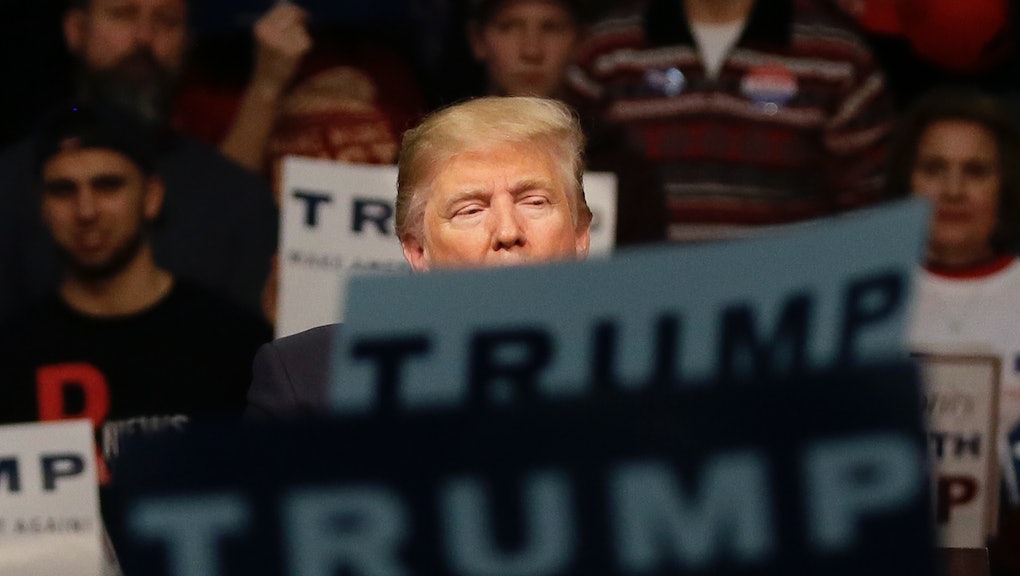 By now, it's almost conventional wisdom that President Donald Trump repeatedly contradicts himself in much of what he says.

However, some aspects of his foreign policy have been consistent for years, long before he was a presidential candidate. Trump's antipathy towards free trade is one of those consistent policy stances. This consistency makes it possible to delineate five key elements in his trade policy.

The Trans-Pacific Partnership was one of Trump's favorite targets on the campaign trail. On Aug. 2, 2016, his campaign issued a press release titled, "Trump win is the only way to stop TPP catastrophe."

On June 20, 2016 he said, “The Trans-Pacific Partnership is another disaster done and pushed by special interests who want to rape our country, just a continuing rape of our country.”

Sure enough, on his fourth day in office, Trump did as promised and ended the possibility of the U.S. joining the hard-negotiated free trade agreement with 11 Pacific Rim countries. The effects of canceling TPP will be felt both economically and politically. Exporters will not have freer access to these markets, and consumers will not benefit from the reduction in tariffs on imports.

The future of trade in Asia may lie with the Chinese-led Regional Comprehensive Economic Partnership agreement (China was not party to the TPP). It is also reasonable to assume that other potential multilateral trade agreements, like the Transatlantic Trade and Investment Partnership, will also be off the table.

The U.S. will never ratify TPP, but it is party to 14 free trade agreements, many of which Trump has already threatened to renegotiate. If Trump follows through on his promises to renegotiate these "deals," it could cause economic damage and could lead to allies, enemies and frenemies questioning the value of negotiating with the U.S.

Trump repeatedly said on the campaign trail that he would introduce a tariff on Chinese goods. He was less consistent about the amount, and gave a range from 10% to 45%.

Any tariff could raise the cost of Chinese-made products — including some Trump-branded clothing — sold in the U.S. each year, which totaled roughly $463 billion in 2016. Trump appears to believe that this will make American goods more competitive and boost American manufacturing jobs.

The reality is that job loss in the U.S. manufacturing sector is much more rooted in automation than in outsourcing.

Trump has publicly criticized specific companies for causing what he perceives to be economic damage to the U.S.

During the campaign, he repeatedly targeted United Technologies' Carrier Air Conditioning division for planning to move jobs to Mexico. His plan appears to be to shame American firms into not moving manufacturing jobs abroad. Then he forces a meeting with a CEO and afterwards announces a great success.

Ultimately, Trump's trade policy is perhaps the world's most devastating magic act and utterly in keeping with his reputation as a scam artist.

In the case of Carrier, the Washington Post reported that he said, "I will tell you that United Technologies and Carrier stepped it up and now they’re keeping — actually the number’s over 1,100 people, which is so great, which is so great." That number was vastly overstated, and the jobs that were saved were saved by tax breaks issued to Carrier from then Indiana Gov. Mike Pence.

On Nov. 17, 2016, Trump tweeted, "I worked hard with Bill Ford to keep the Lincoln plant in Kentucky. I owed it to the great State of Kentucky for their confidence in me!" The reality, as reported by the Washington Post, is that "contracts between Ford and its employees prevented the company from shuttering the Kentucky plant." The Post article provides further examples.

Trump has a marginally coherent trade policy: He opposes free trade, and likes "good deals." Ultimately, however, he loves getting credit even more than he hates free trade.