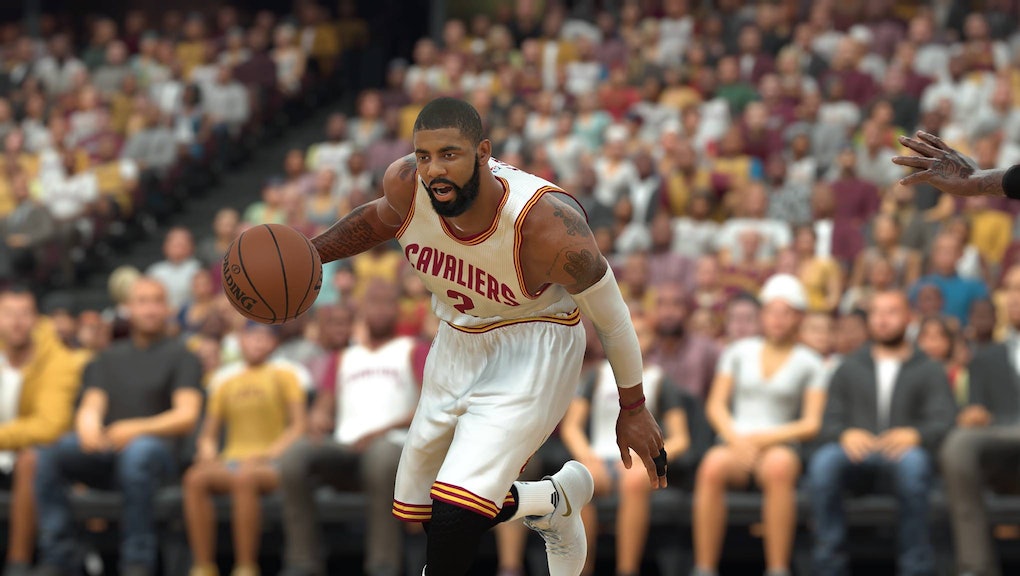 Mastering dribble moves in NBA 2K17 is one of the major keys to scoring points, putting the pressure on the defense and creating highlight-reel moments.

The dribble game in NBA 2K17 is so advanced, only those who study the controls and understand the nuances of the right analog stick can become truly deadly off the dribble. It also helps to have control of a player with the ability to perform the most advanced moves.

If we're talking about MyPlayers, there are at least five dribble moves you'll want in your possession if you plan to break an opponent's ankles.

There are a ton of elite crossovers in the game to choose from when outfitting your MyPlayer, but the Elite 2 is so quick that it's very difficult for an opponent to defend. Like in real basketball, the key to gaining the advantage is the start-and-stop motion.

The Elite 2 is best used when running full speed. The quick crossover will almost always create space for a jump shot or allow your player to change direction on the drive.

NBA 2K17's best dribble moves: Elite 5 — ISO Behind the Back

This chicken wrap dribble move is so effective because the ball is placed behind the back of the dribbler. That means it doesn't give the defender much time to detect the move. When chained together with the Elite 2 ISO Crossover, you might just gain a reputation for being an ankle abuser.

Quick is not necessarily better with the spin moves. Some of the faster spins don't allow the ball handler to maintain enough control.

As a rule, you have to watch your spin moves in traffic. Too often your player will lose the ball during this maneuver.

The Elite 8 is the spin move that provides the best balance of ball security and speed. It's tight and slender, but not as violent as some of the other options.

The Elite 5 hesitation sells the pull-up jump shot or the crossover hard. That move can easily put a defender on pause just long enough to change direction or to blow past an opponent who is bewildered by the sudden stop.

If used properly, these five dribble moves could make you a virtual Kyrie Irving in NBA 2K17.