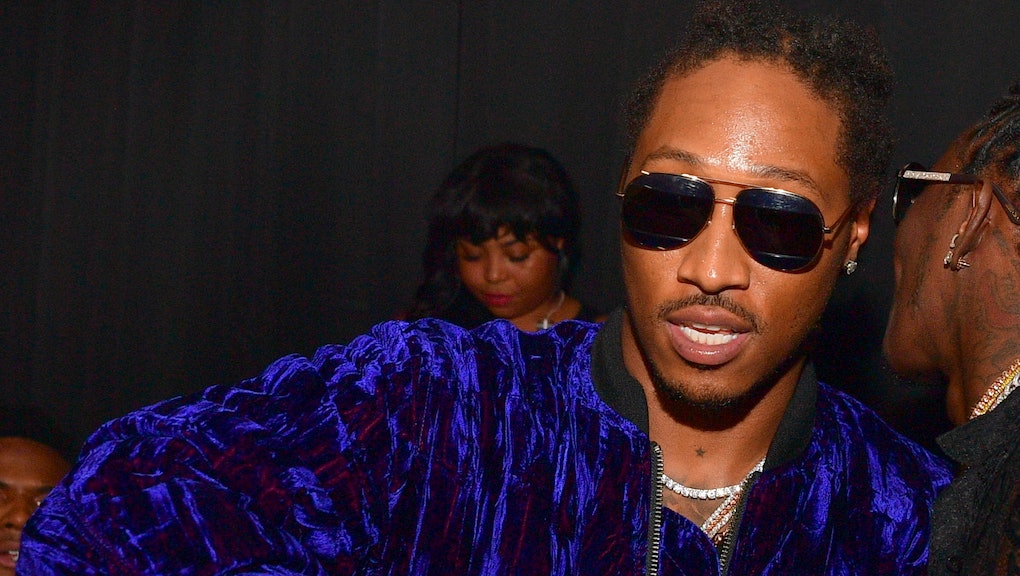 Future is putting your work ethic to shame. The Atlanta rapper, who just released his fifth studio album Future on Friday, announced that he will be putting out a follow-up this Friday, titled HNDRXX. You can pre-order the album on iTunes here.

He made the news public on his social media platforms late Tuesday, releasing the album cover above and tagging Rihanna and the Weeknd in the photo. This has us believing the project will have features from those two artists.

Future spoke about HNDRXX on Instagram, writing that it's "the album I always wanted to make, timing is everything." On Twitter he added that listening to his other new album, Future, you will allow you to understand his second 2017 release, HNDRXX.

As of Wednesday morning, the official track list has not been released, but we know for sure that there are 17 new songs on the way, based on the album's Apple iTunes pre-order page.