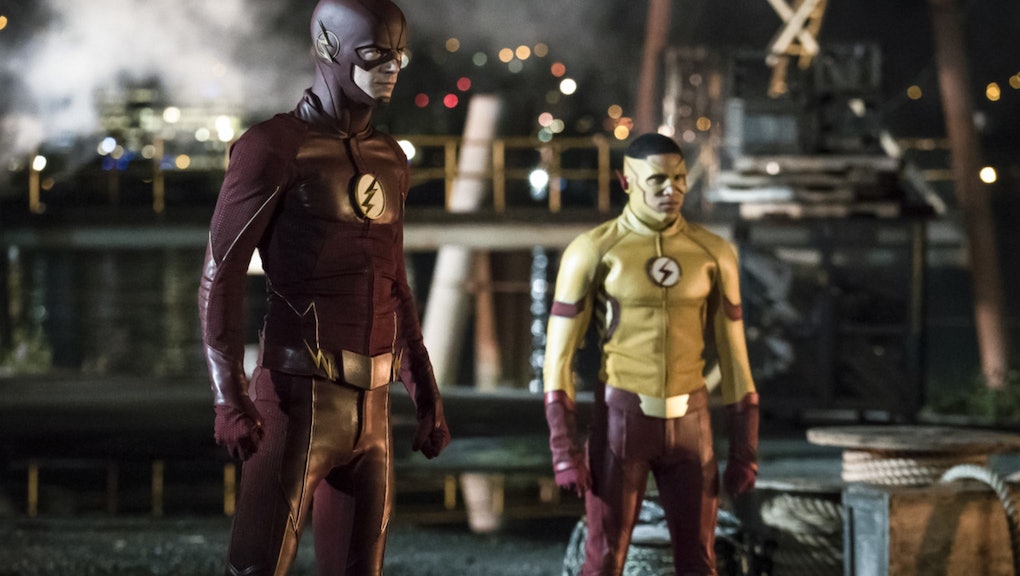 'The Flash' season 3, episode 14 spoilers: What will happen in "Attack on Central City"?

Tuesday night's episode of The Flash saw Barry Allen, Cisco, Caitlin and Julian travel to Earth-2's Gorilla City to save Harry. Other than going on the expedition to save a friend, Barry saw the trip to Gorilla City as an opportunity to change yet another headline from the future, and in doing so, hopefully prevent Iris' murder.

As it turns out, the headline, which read “City still recovering following gorilla attack,” looks unchanged. In the latter moments of season three, episode 13, after Barry and his team escaped Gorilla City, it was revealed that Grodd would be using Gypsy to open a breach to Earth-1.

In season three, episode 14, titled "Attack on Central City," Barry Allen, Wally West and the rest of Team Flash will have to save their city from a Planet of the Apes-type invasion. But it looks likes Grodd and his army will have some serious opposition.

Not only will Barry and Wally be suiting up, but we can expect Jesse Quick, Cisco and Gypsy to get in the action. To hold you over until next week's episode, here is the official synopsis, via Comic Book Movie, for "Attack on Central City":

The epic conclusion to the two-part battle with Grodd: When Grodd (voiced by David Sobolov) and his army of gorillas bring the battle to Earth-1, The Flash (Grant Gustin) and team must find a way to stop them before they destroy Central City. Gypsy (guest star Jessica Camacho) returns to join the fight. Meanwhile, Jesse Quick (guest star Violett Beane) decides she wants to stay with Wally (Keiynan Lonsdale) on Earth-1.

Need just a little bit more to hold you over? Here is the extended promo for season three, episode 14 of The Flash: