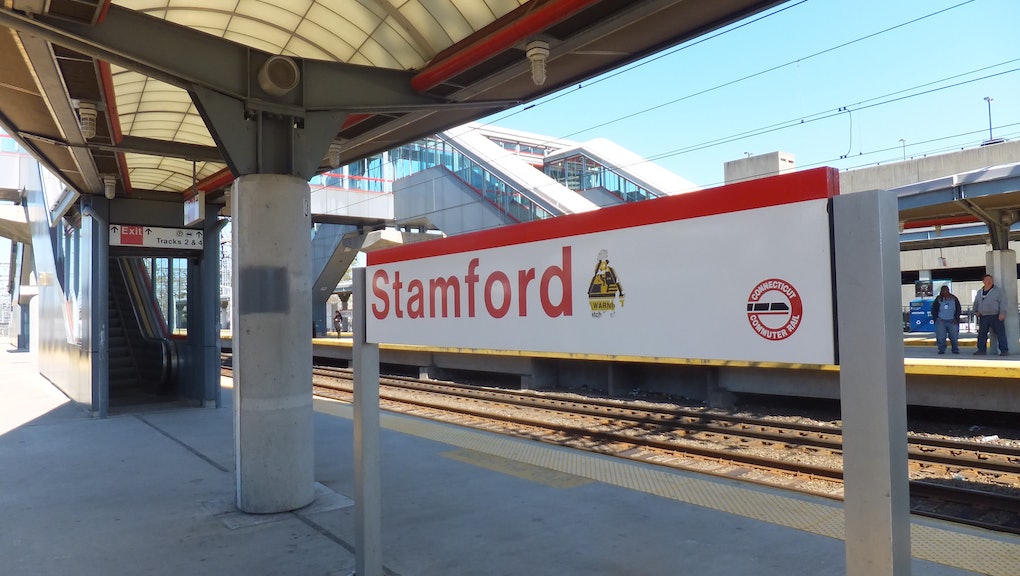 On Jan. 14, the Saturday before Martin Luther King Jr. Day, the Stamford, Connecticut, home of Heather Lindsay and her husband Lexene Charles was defaced with racist graffiti — someone had spray-painted the word "nigger" across their garage door. Now, the couple is being fined $100 by the city — because they refuse to clean off the slur until the authorities "do their job," as Lindsay told the Stamford Advocate on Monday.

Lindsay is white and Charles is black — and Lindsay said this isn't the first time they've been targeted for being an interracial couple. She told the Advocate that their home, which she has lived in since 1990, has been vandalized before, and that neighbors have yelled racial slurs at her husband.

After they found the slur on their metal garage door in January, Lindsay and Charles reported the graffiti to Stamford police. But the department told the Advocate they have no witnesses to the incident and that no security cameras in the neighborhood recorded it.

Ted Jankowski, Stamford's director of public safety, told the Advocate police offered to remove the slur — but Lindsay and Charles don't want it removed. Lindsay, who is also facing an upcoming foreclosure trial on her house, said neither she nor her husband has been able to sleep since they found the graffiti. She told the Advocate she wants Stamford police to find the person, or people, responsible — and "not just cover it up and sweep it under the table as they have done in the past."

But now, because of the couple's refusal to remove the slur from their garage door, Lindsay and Charles have been issued a blight citation from the city — which comes with a fine of $100 a day. Jankowski said some neighbors were "upset" by having to seeing the word every day.

"The neighbors were very upset when the incident occurred and truly felt for the couple," Jankowski told the Advocate. "However, the residents who have condemned the racial incident are upset and are complaining about continuing to see the racial slur and how it is disturbing the peace in the quiet neighborhood."

In a news conference on Monday, NAACP representatives defended the couple and criticized Stamford police's handling of the incident.

"For them to be called 'nigger,' it must be so hurtful that they can easily just erase the board and suffer within, quietly by themselves, and act like nothing happened," Darnell Crosland, an attorney with the Connecticut NAACP, said. "And in fact, that's what the Stamford police asked them to do. They were requested to take the sign down ... and to just act normal, like nothing happened."

Crosland urged Stamford police to fully investigate the incident. "What we want you to do is to put a patrol car out here and act like you give a damn, and make sure these people are protected," he said.