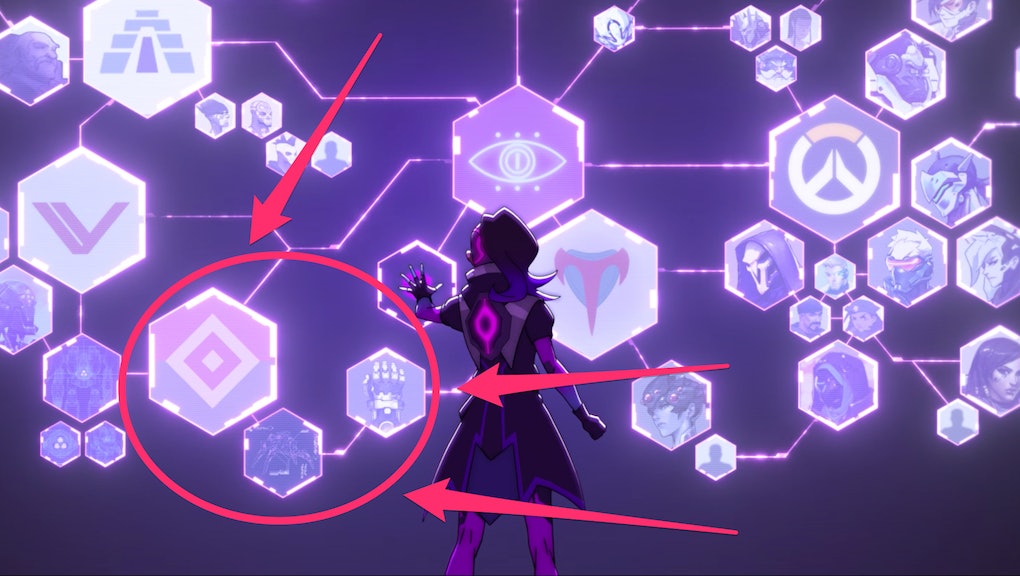 On Tuesday afternoon, the Overwatch team released a fictional interview with Efi Oladele, a genius 11-year-old inventor from Numbani. After Overwatch director Jeff Kaplan shut down rumors that Doomfist would be the newest character, the fandom turned its full attention to this potential new entry, hunting around the internet for as much information as possible.

In less than 24 hours, Overwatch fans have already uncovered some hints that Efi might just be the inventor of a new, spider-like robot character named Anchora — but the evidence is far from perfect. Let's take a look.

At the beginning of January, a 4chan user named "Blizzileaks" posted a bunch of allegedly leaked information about future Overwatch updates. At the time, there was no way to confirm whether these leaks were legit or just totally pulled out of thin air, but a few of them have proven to be true in the weeks since the initial posting — and a few have not.

For example, the post correctly predicted a Lunar New Year event. On its own, that wouldn't be particularly noteworthy — that was something a lot of fans had predicted — but the post specifically uses the "Year of the Rooster" phrase, which is what the event was officially titled.

Now, here's where things get interesting. Blizzileaks alleged that "contrary to speculation, Doomfist is not up next. The upcoming character is a female Omnic quadruped codenamed 'Anchora.' In order to balance out the tank roster, the game needs another tank that acts as an anchor, like Reinhardt. Shit name, I know. Anchora hails from Numbani, and has a West African accent."

Given Kaplan's recent comments on the Blizzard forums, the first part of that prediction — that Doomfist is not up next — seems legit, right? And, since Efi Oladele is from Numbani and is a specialist in robotics and AI, it certainly seems likely that she could actually create the next Overwatch hero. That might be a smart direction for Blizzard to go since Efi is an 11-year-old girl, which would make carrying out violence against her a bit troublesome.

As it turns out, this isn't the first time we've had hints of a spider-like robot in the Overwatch universe. There actually might be a hint that supports this alleged leak in one of Sombra's animated trailers. Then again, it could also simply be the inspiration for this supposedly leaked information.

Overwatch Efi Oladele: More evidence for a spider-like robot in a Sombra trailer

In a lore-focused trailer that came out around the reveal of Sombra, there's one part in which Sombra is looking at a giant web of important figures in the Overwatch universe, showing how every character is linked together. Some of these icons are familiar, but others are a bit more mysterious.

In the lower left corner of the image, there's an icon of the Numbani flag. Connected to that icon is Doomfist's gauntlet and what appears to be a four-legged spider robot. Here's that particular section, zoomed in:

Now, it's easy to get carried away and think that this image and the alleged 4chan leak are total, 100% confirmation that Anchora is the next Overwatch character, but it's important to remain skeptical. After all, it's a definite possibility that this trailer was actually the source of inspiration for the 4chan post. The spider robot is connected to Numbani and Doomfist, so it's not hard to come up with the idea that the robot might be a new character who hails from Numbani.

But given the accuracy of some of the other predictions, it's an intriguing idea, to say the least. Until Blizzard reveals more — or, until there's another leak — we'll just have to continue the mad speculation. Time to break out those tin foil hats. We're in for the long haul.