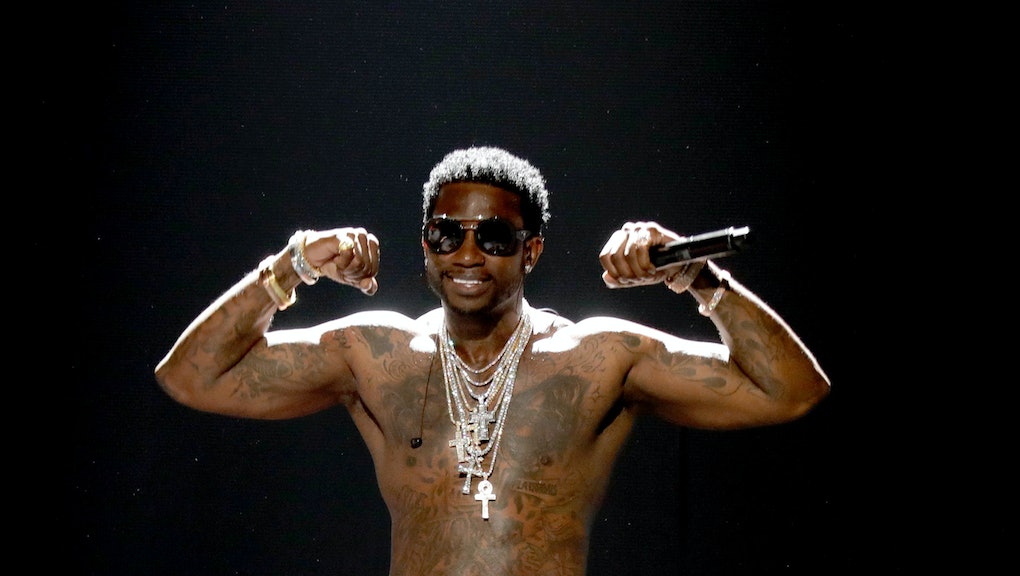 Gucci Mane will kick off the first tour of his career at the House of Blues in Boston this spring.

The rapper completed his almost three-year prison sentence in May after being arrested in September 2013 for federal drug and gun charges. Since completing his sentence, the rapper has released several albums, including Everybody Looking, Woptober and The Return of East Atlanta Santa. Now he's looking to head out on the road.

The upcoming tour means a lot to the rapper. In an interview with Marilyn Manson for CR Men's Book, he revealed that this tour is a chance for him to grow as a performer. "I'm a hell of a recording artist, but I want to be a better live performer," he said. He also promised it'll be a big party and that fans will leave the concert wet and feeling like they just worked out. Sounds like it will be a good time for everyone.

Tickets for most of the dates on Gucci Mane's Trap God tour go on sale to the general public on Friday, Feb. 24 at 12 p.m. Eastern. You can buy the tickets through Live Nation or through Ticketmaster, which has a presale starting on Feb. 23 at 10 a.m. Eastern.

Gucci Mane posted the North American tour dates on his Twitter account. Here is a full list of the concert dates; the tour kicks off in Boston and ends in Austin, Texas: