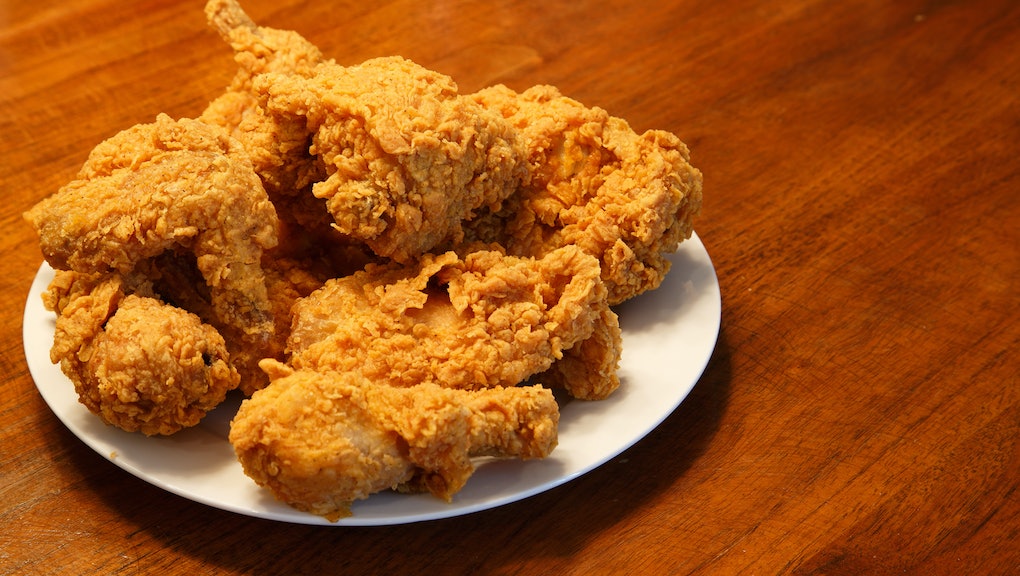 "The suggestion was to do something to celebrate soul food," Cathy Penna, vice president of Pomptonian, the school's food service provider, said in an email to NJ.com. "The director at this location never intended to do anything that would offend anyone and deeply regrets the decision and understands that it could have been taken out of context."

After the town received complaints about the menu, Thomas A. Smith, the school superintendent, issued an apology, NJ.com noted.

"The decision to include these items without any context or explanation, reinforces racial stereotypes and is not consistent with our district mission and efforts to improve cultural competency among our students and staff," Smith wrote in a message to the high school community.

After NJ.com tweeted about the controversy at Hopewell Valley Central High School, some people said the school shouldn't have apologized.

Others didn't understand how celebrating Black History Month could ever be racist.

But food can be a vehicle for racism

The high school Black History Month menu doesn't invite discussion of black excellence, black culture or the history of the civil rights movement. Presented without context, all it does is perpetuate harmful stereotypes about black people and fried chicken — a stereotype that's deeply ingrained in American history.

Fried chicken was frequently eaten by African-American slaves because it was a cheap source of meat, NPR reported. Because you eat it with your hands, it can be perceived as a dirty food, Claire Schmidt, professor at University of Missouri, told NPR.

Another potentially racist food you eat with your hands? Watermelon, Schmidt said. "Table manners are a way of determining who is worthy of respect or not," she told NPR.

Get it together, people. Fried chicken is too delicious to mess around with.