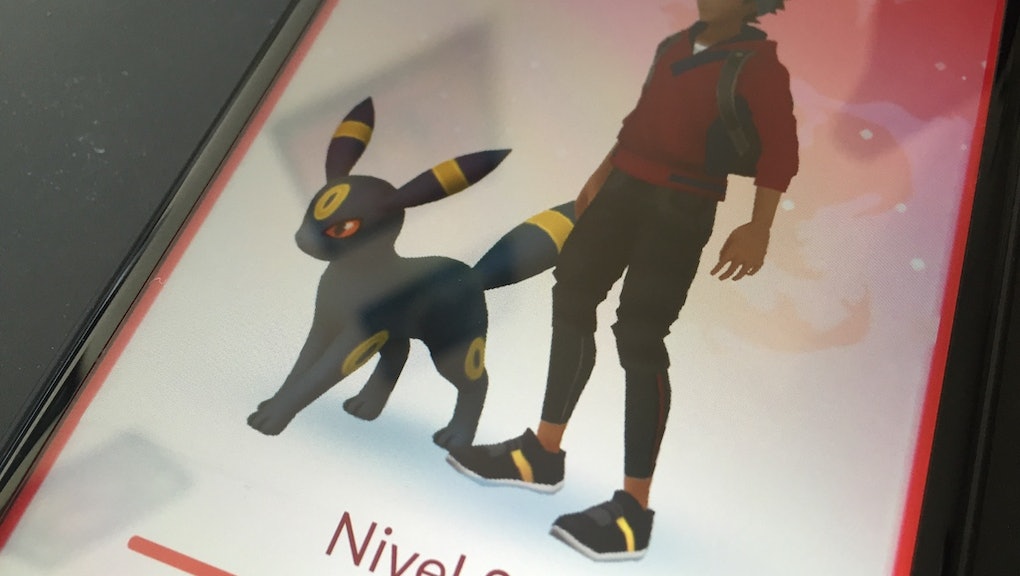 'Pokémon Go' Umbreon and Espeon: How to get them if you already used the name trick

The Pokémon Go Gen 2 update introduced some great new pocket monsters for fans to catch, adding over 80 new Pokémon to the game. That includes two new evolutions for Eevee: Espeon and Umbreon.

By now you probably already know the Pokémon Go Gen 2 Eevee evolution name trick. Changing an Eevee's name to Sakura or Tamao will yield an Espeon or Umbreon, respectively — but this only works once for each evolution. Thankfully, there's another way to get the Pokémon you want using the game's buddy system. Here's how it works, according to Pokémon GO Hub.

The first thing you'll want to do is assign an Eevee to be your buddy. Then, walk for 10 kilometers while Pokémon Go is running. Once you've walked the necessary amount (you'll have collected 2 candies from walking with Eevee), your Eevee is ready to evolve — provided you also have the necessary 25 Eevee candies.

Similar to the main Pokémon games, choosing between Espeon and Umbreon with this trick is a matter of what time you decide to evolve the Eevee. If it's during the daytime, gamers can evolve an Espeon. If you wait until night, the buddy Eevee will become an Umbreon instead.

This seems like a direct nod to the main Pokémon games in more than one way. In Pokémon Gold and Silver and onward, Eevee needed happiness to evolve into Espeon or Umbreon. The statistic was raised in special ways, like using an item on a Pokémon or walking while it's in your party. The Eevee buddy trick may be an effort to replicate these in-game evolving methods.

It's possible we could see even more nods to the main Pokémon games moving forward in Pokémon Go. Stay tuned.