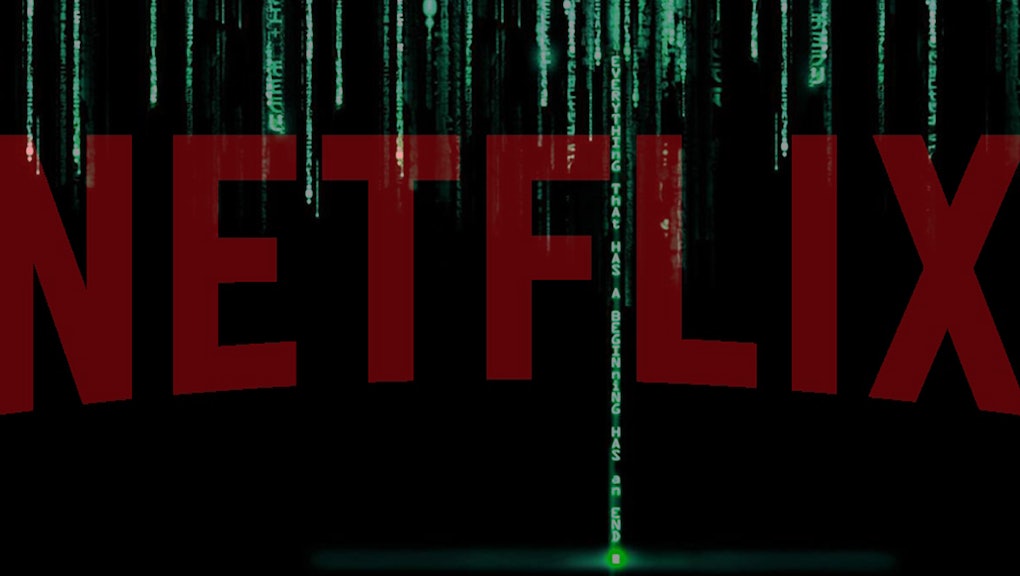 Netflix is life, but what if life could get better? While the streaming service is all but perfect at this point, there are still a few glaring issues that, if resolved, would elevate the viewing experience even more. If you've ever struggled with buffering and low video quality, you know what we're talking about.

Here's eight Netflix hacks that will solve your biggest Netflix problems and change the way you binge watch forever.

"Are you still watching?" It's perhaps the most passive-aggressive feature on Netflix, and also one of the most annoying. There's nothing worse than getting perfectly cozy and then after several episodes have that dreaded message pop up. It's a nasty reminder of just how long you've been bingeing for, but with the Chrome extension Flix Assist it can soon become a relic of the past. We're with you, Cameron Diaz.

Buffering is the worst. The constant start and stop of a video can be supremely frustrating, and while we understand Netflix is just trying to offer the highest playback quality possible, sometimes it's just better to watch at a lower resolution so you can actually get through your show or movie.

Using the keyboard shortcut Shift+Control+Option+S while your video is playing opens up a secret menu, giving you access to your bit rate. From there, you can select a speed which will allow you to watch your title uninterrupted. Goodbye buffering.

Even if your Netflix plan includes HD viewing, you might not be utilizing that functionality. To ensure you're at the highest resolution, go to www.netflix.com/HdToggle and select "High." This is also the screen to use if you're looking to put an end to the auto-play feature.

Is that title really worth watching? Sometimes it can be difficult to tell by the Netflix rating alone, but with the Chrome extension NEhancer you have instant access to Rotten Tomatoes, Metacritic and IMDB scores, all by simply hovering over the movie or series you're interested in seeing.

It's no secret that Netflix uses an algorithm to determine what titles you're most likely to be interested in, and while it can often prove to be spot on, the mathematical equation has no way of telling which titles you liked and which ones you didn't. Say, for instance, you just started a series and after several episodes decided it wasn't for you. Regardless of that fact, the Netflix algorithm will still adapt based on your choice. But there's a solution.

You can actually delete your Netflix viewing history by heading over to www.netflix.com/WiViewingActivity. From there, Netflix gives you the option of scrubbing away the specific titles you didn't like, thereby readjusting the Netflix algorithm.

Use the "Netflix Bible"

Sometimes, finding something to watch on Netflix can take longer than actually watching the title itself. Granted, Netflix does offer some categorization, but really it's still pretty lackluster, with not nearly enough specific genres to find that exactly-right series or movie. Thankfully the "Netflix Bible" is here to help, offering over 20,000 genre codes like military drama, Korean movie, monster movie, sports comedies to help you pinpoint exactly what you're looking for.

If sifting through the Netflix Bible sounds like too much work, you can also download the Netflix Categories Chrome extension, which overhauls Netflix's search function and allows you to find thousands of hidden categories.

Here are a couple handy keyboard shortcuts to keep in mind when binge watching: