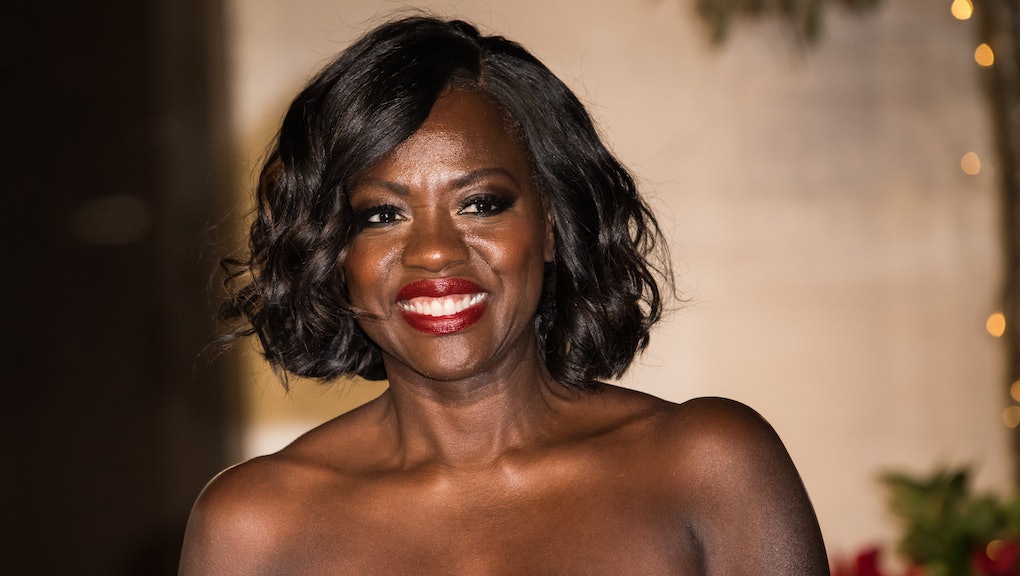 With the Oscars only a few nights away — airing live on ABC this Sunday at 8:30 p.m. — it's time to put in some of our final predictions, taking a closer look at who is likely to go home with the coveted awards.

With 14 nominations, La La Land is the most likely film to score at least one award, but let's look at six other Oscar nominees we're betting will take prizes as well.

Again, we should all pay attention to the 14 nominations La La Land snagged this year. While this doesn't necessarily secure it for a best picture win, we're thinking that the romantic musical — which stars Emma Stone as an aspiring actress and Ryan Gosling as jazz musician — will sweep the awards ceremony. After all, this is what the film has been doing throughout the 2016 awards season.

In January, La La Land won all seven of its Golden Globe nominations, including best picture (musical or comedy), and it also won big at the BAFTAs, taking home prizes for best film, best director for Damien Chazelle and best actress for Stone. It's not too much of a stretch to bet that the film is the one beat this year.

Emma Stone didn't emerge as the best actress frontrunner until very recently. Leading up to the Oscars, Natalie Portman seemed to be the one to beat — winning the Critics Choice Award for best actress — but things started to change after the Golden Globes, when French actress Isabelle Huppert won for best actress in a drama film instead of Portman. What does this have to do with Stone, who was competing in a separate category for her comedic/musical performance in La La Land?

Well, for one, Huppert's win meant that Portman was no longer a shoo-in for best actress at the Oscars, which made things a little more complicated. Nevertheless, Stone did take home the Golden Globe for best actress in a musical or comedy, and won best actress at both the Screen Actors Guild Awards and the BAFTAs.

Also, for a third time: La La Land has 14 nominations total, and given the love it's received, Stone's momentum shouldn't be ignored.

Casey Affleck was a lock for best actor until pretty recently. The younger Affleck delivers a somber performance in Manchester by the Sea, won the Golden Globe for best actor and has been winning critics awards right and left for Manchester. But he faces some serious competition from Denzel Washington, who stars in his own adaptation of August Wilson's Pulitzer Prize-winning Fences.

Washington beat out Affleck for the Screen Actors Guild award for best actor, which shakes things up for the 2017 Oscars ceremony. Given the sexual harassment controversy that's been following Affleck since awards season began, it looks like Washington could easily take his place. It helps that Fences is also nominated for best picture, is an adaptation of a beloved and monumental play and that the actor/director mesmerizes in the film.

Ever since the Oscar race began, even before Fences was released, many of us had a feeling Viola Davis' big moment was imminent. The How to Get Away With Murder star, who received previous Oscar nominations for Doubt and The Help, is the first black actress to be nominated three times. Fences, however, is likely to be her first win.

Davis has won the Golden Globe, the Screen Actors Guild Award and the BAFTA. She has also garnered several other accolades, including the Critics Choice Award. If this track record is anything to go by, she'll be an Oscar winner soon enough.

Manchester by the Sea appears to be one of the better films this year that may be shut out from the Oscars. But if the film wins for anything, it will likely be for its original screenplay.

Kenneth Lonergan's complex script, which offers a relentlessly honest view of unimaginable grief, has already won a BAFTA, the Critics Choice Award and acknowledgement from the National Board of Review. Sure, La La Land could potentially upset in this category, but if Lonergan and his film have a chance anywhere, it's here.

For those of us keeping track of 2016's foreign films, Toni Erdmann has been beloved since it first premiered at Cannes. In fact, the German dramedy has been so popular that an American version of the film is being made with Kristen Wiig and Jack Nicholson.

If any film can beat it, however, it would be Iranian director Asghar Farhadi's The Salesman, which won a screenplay award at the Cannes Film Festival last summer. Farhadi's A Separation won the foreign language film award at the Oscars in 2012. Farhadi has already seen love from the Academy, so while we still think a Toni Erdmann win is more likely, we shouldn't discount Farhadi's film.

For for more news on the Academy Awards, visit Mic's Oscars hub here.