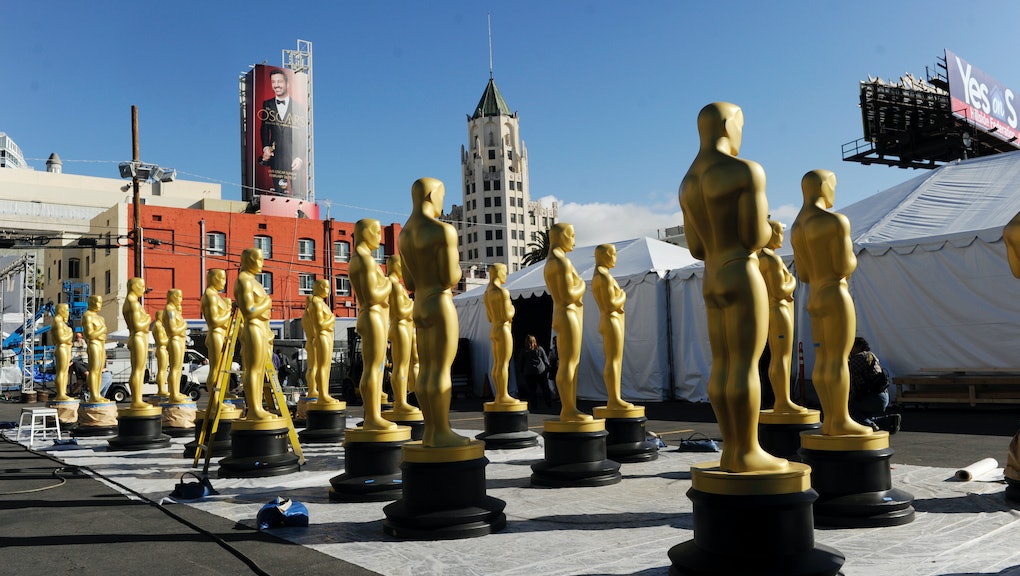 What time do the 2017 Oscars start? Start time, channel information and more

The Oscars mark the end of film awards season, and this year's ceremony — rewarding 2016's best in film — will air on ABC on Feb. 26 at 8:30 p.m. Eastern. Tune in to see if La La Land will win best picture, if Emma Stone will take home her first best actress Oscar and to see host Jimmy Kimmel do his thing.

Where to watch the Oscars

The Oscars will be airing on ABC, but for those who don't have access to TV (but have a cable provider and live in Los Angeles, New York City, Chicago, Houston, Philadelphia, San Francisco, Raleigh-Durham, N.C. or Fresno, Calif.) you can log on to the ABC site and livestream the ceremony for free. Another option is to download the ABC app on your iOS or Android devices. This option also requires a cable subscription.

How to watch the Oscars red carpet

If you want to catch your favorite stars arriving at the Dolby Theatre in Hollywood and see what they're wearing, ABC also has red carpet coverage that begins at 7 p.m. Eastern. The red carpet show will also be streaming on their website.

For more information on the Oscars, you can visit Mic's Oscar page.