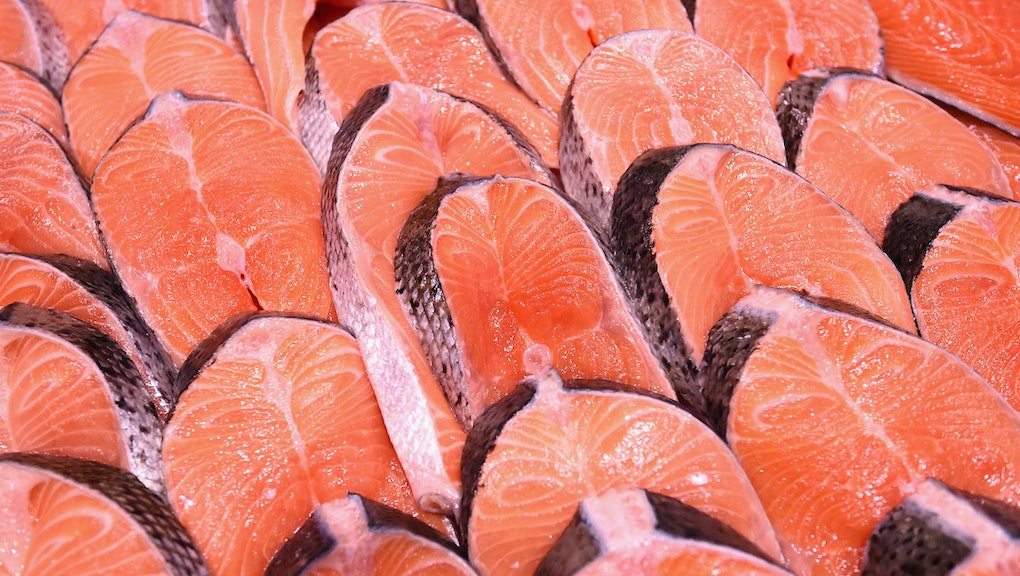 Ever noticed how ingredients on your packaged foods don't always sound, well, like food?

Chances are, if the ingredient is not something you'd stock in your home kitchen, it's a preservative or artificial additive to boost the flavor, color or texture of whatever you're about to eat.

If you were cooking a recipe calling for an ingredient you didn't like or had heard potentially dangerous information about, you would probably cut out that ingredient, right? Such a luxury doesn't exist with packaged foods, though. In places like the European Union, legislature has banned additives that are potentially dangerous, while in the United States, the Food and Drug Administration is still totally cool with them.

When it comes to reading ingredient lists, perhaps the best advice comes from food scholar Michael Pollan, who wrote in The Omnivore's Dilemma — and has since reiterated many, many times — don't eat anything your great-grandmother wouldn't recognize as food. Abstaining from the food Europeans don't recognize as food may be another good rule to follow, because our foods are still full of ingredients banned across the pond.

Synthetic growth hormones rBGH and rBST were approved for use in cows by the FDA in 1993 and the federal agency hasn't looked back. Not only do dairy cows injected with these hormones suffer from significant health problems (some of which are treated by administering antibiotics to the cows) and birth defects due to the hormones, but products for human consumption from rBGH and rBST cows do not need to be labeled as such. The European Commission banned hormones in livestock in 1981 and continues to not allow them.

Food dyes like Yellow 5, Yellow 6 and Red 40, used to make unappealing food look more edible and enticing, have been found to cause hyperactivity in otherwise healthy children and carry allergy and cancer risks as well. The FDA approves the use of color additives in food, despite the fact these additives can also make unhealthy foods look appealing (think rainbow candies and red-tinted salmon flesh) and carry additional health risks. Many American food companies remove their dyes in overseas products, like M&M sold in the E.U., opting for natural coloring, but keep the dyes in the products for American consumers. In 2015, Kraft removed its Yellow 5 and Yellow 6 dyes from its iconic orange macaroni and cheese dinner in favor of natural coloring agents like paprika and annatto, setting a new standard for American food producers to cut the dyes from their products.

Banned in places like Europe and Japan, BVO is a totally acceptable ingredient for Americans to ingest in their sodas and soft drinks. But what is BVO exactly? It's a chemical derived from vegetable oil that keeps citrus flavoring from separating in packaged beverages. Overexposure to bromine and brominated chemicals has been linked to memory loss and nerve disorders, though BVO is used in such small quantities in beverages, no conclusive studies have yet found its direct correlation with health disorders. In 2014, Coca-Cola and PepsiCo both vowed to remove BVO from their ingredients lists, in favor of more natural ingredients, but the FDA still considers BVO a safe ingredient. And, Mountain Dew still has brominated vegetable oil in its ingredients list as of February 2017. Here's another place you'll find BVO: Flame retardant.

Azodi-what? Also known as the yoga mat chemical (you'll find azodicarbonamide in commercially baked bread and yoga mats), this chemical additive is a whitening agent and dough conditioner that the FDA considers safe for food uses including cereal flour and bread dough. Does bread need ADA in order to taste good? Of course not, but that's not going to stop large manufacturers from using this additive that helps keep their enormous quantities of food light and strong, just like yoga mats!

ADA is banned in Europe, but it is found in almost 500 common American grocery store and chain restaurant foods, despite the World Health Organization linking the potential carcinogen to diease. Subway phased out the ingredient in 2014 after national uproar about ADA in sandwich chain's bread, and while chains like Wendy's and McDonald's followed suit in removing the chemical from their menus, it's still FDA approved and totally legal.

We know what you're thinking, this can't mean arsenic, like, the poison? Arsenic the poison is in our food?! Yes, yes it is. Arsenic, which can be naturally found in soil and water and absorbed by plants is currently under review by the FDA, which is aware of the risks long-term exposure to arsenic can trigger, including cancer and heart disease. Arsenic is one of the World Health Organization's top 10 chemicals of public health concern, and even in the U.S., drinking water, crops irrigated with arsenic-contaminated water and food prepared with contaminated water can make fish, shellfish, meat, poultry, dairy products and cereals all sources of arsenic in your diet. In the European Union, Japan and beyond, arsenic is also banned in livestock feed, though the FDA defends low quantities of arsenic found in poultry and other foods.

Named one of Time's 50 Worst Inventions, the FDA-approved Olestra is a calorie-free, fat-free, cholesterol-free chemical created to remove a need for fattening cooking oil but still bring the flavor to traditionally fatty foods like chips and fries. Sound too good to be true? Obviously, it is. You'll find Olestra in diet versions of food products like including chips, frozen yogurt and more.

Olestra been linked to gastrointestinal disease in children, terrible diarrhea in adults and has also been found to increase appetite, completely negating its potential fat-free benefits. You'll still find Olestra, sometimes referred to by its brand name Olean, in American foods, but it's banned in Canada and European countries.

If you're attempting to Google a mysterious ingredient and your autocorrect doesn't recognize it, perhaps take that as a sign this human-created substance isn't something natural you want to be putting in your body.