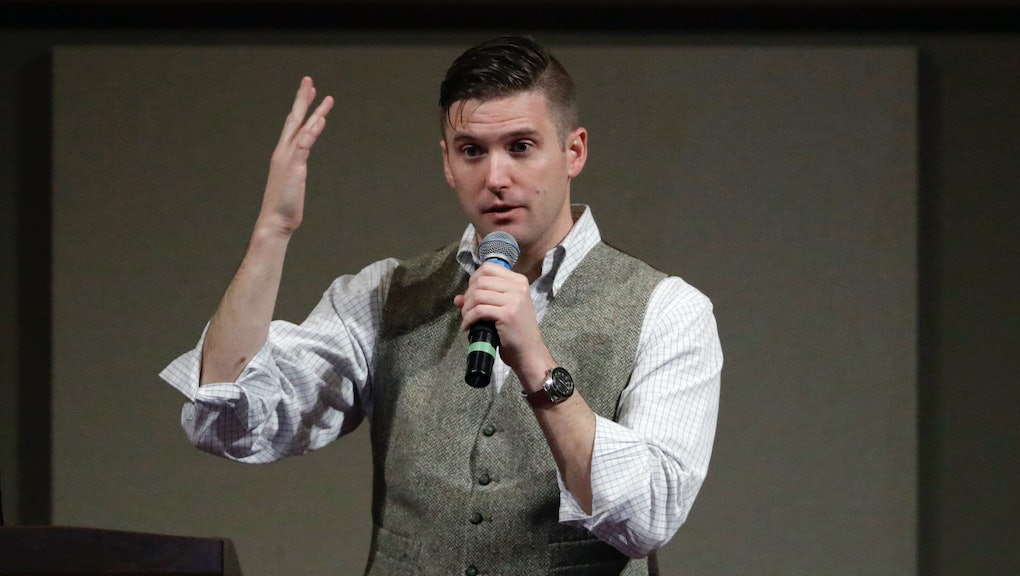 "[Milo] glorified the abuse of others and discussed in a joking manner that he has attended sex parties with very young boys in Hollywood and he did nothing about that." Spencer told reporters. "That is not ok."

Yiannopoulos was recently disinvited from CPAC after video surfaced of him passionately defending pedophilia.

In an effort to distance his own far-right views from those of Yiannopoulos, Spencer denied that Yiannopoulos was ever associated with the alt-right.

"I coined the term alt-right," Spencer said. "I hereby declare [Milo] is not alt-right."

Spencer's desire to draw a line between himself and Yiannopoulos is a testament to how far the latter figure has fallen over the course of a few days. After being disinvited from CPAC losing his book deal with Simon and Schuster, Yiannopoulos resigned from his position at Breitbart and said in a hastily assembled press conference that, going forward, he will focus less on journalism and more on "entertainment and education."

Spencer's harsh words for Yiannopoulos followed a line of questioning in which he offered praise for the early weeks of Trump's presidency and tepidly distanced himself from the Ku Klux Klan.

In the eyes of the alt-right, Milo Yiannopoulos is now more toxic than actual klansmen.