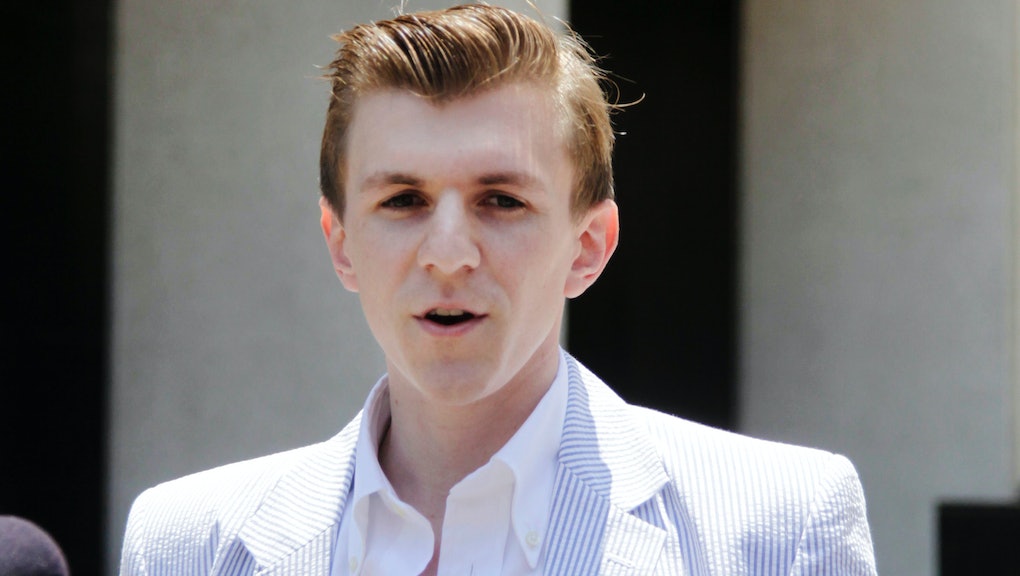 Who is James O'Keefe? Here's what to know about the activist behind the leaked CNN tapes.

Conservative activist James O'Keefe has posted to his Project Veritas website what he claims to be raw audio recorded at CNN headquarters depicting the network's "media malfeasance."

In an interview Wednesday with CNN, O'Keefe said he has "a few hundred hours" of secretly recorded "raw information," which he admitted was obtained legally. He published "Part I" of the audio Thursday morning.

"My audience, the American people, are deeply upset at the media," O'Keefe said on CNN. "We think our media needs to be held to account, and CNN is kind of the leader of that. CNN has a very important role as an arbiter of news.

"The media is a huge target of mine right now," O'Keefe continued, claiming the leaked audio showed media bias.

You may remember O'Keefe as the guy who stages undercover stunts to "expose" organizations and people he believes to be corrupt. But if you don't, here's a quick reminder.

He brought down ACORN

In 2009, O'Keefe and a female associate — who posed as a prostitute — entered the offices of the Association of Community Organizations for Reform Now, a community organizing group, to apparently seek advice regarding child prostitution. The heavily edited videos, in which O'Keefe implied he had been dressed as a "pimp," captured seemingly damning responses from ACORN employees, though the organization reported the pair to police after they left. The video would result in the dissolution of ACORN — and conservative stardom for O'Keefe.

He was arrested in the attempted Landrieu sting

In 2010, O'Keefe and three associates posed as telephone repairmen to illegally enter Democratic Sen. Mary Landrieu's New Orleans office. O'Keefe wanted to investigate claims that Landrieu had been ignoring calls from constituents who opposed former President Barack Obama's health care law. They were arrested and O'Keefe received three years of probation, 100 hours of community service and a fine of $1,500.

But that hasn't stopped him

O'Keefe's arrest and his track record for creating misleading videos has not stopped the self-described "muckracker." His stings have brought down top NPR executives and attempted to show anti-Trump election rigging. O'Keefe is also associated with Breitbart and, in 2015, his Project Veritas organization received a $10,000 donation from the Trump Foundation.

According to Politico, O'Keefe's CNN leak — which mostly features low-level staffers talking in 2009 — has "landed with a dull thud in the media world."