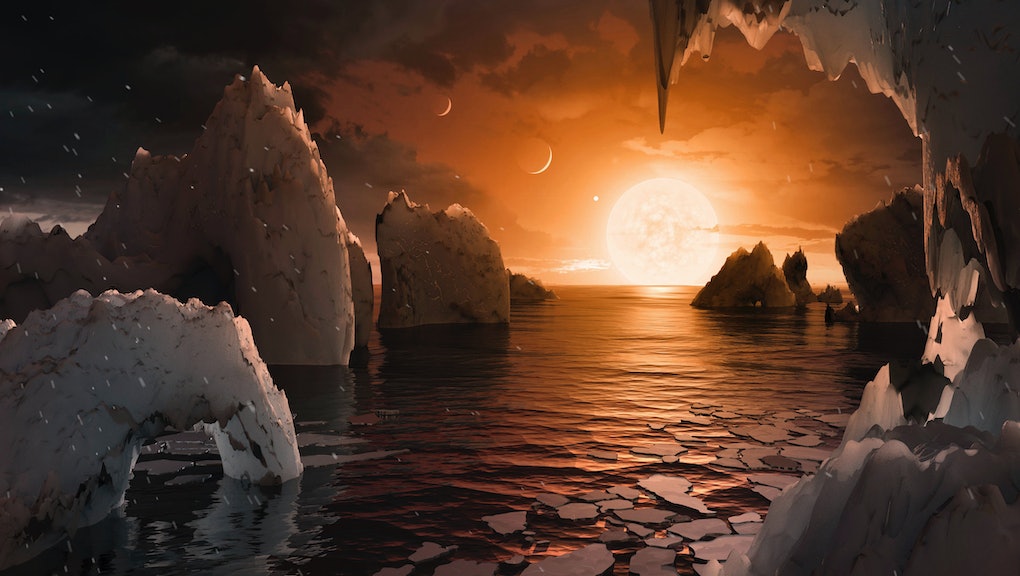 What is an exoplanet? Discovery of 7 Earth-like planets raises possibility of liquid water

Seven Earth-like exoplanets have been observed orbiting a dwarf star about 40 light years away, NASA announced Wednesday, raising the possibility that alien life may be discovered sooner than previously thought.

Three of the seven exoplanets near TRAPPIST-1 dwarf star have conditions that could sustain liquid water — and consequently, human life.

According to a statement from NASA, the seven exoplanets represent the greatest number of habitable-zone planets found around a single star outside our solar system, and are a game-changing discovery in the search for life beyond Earth.

"Answering the question 'are we alone' is a top science priority, and finding so many planets like these for the first time in the habitable zone is a remarkable step forward toward that goal," Thomas Zurbuchen, associate administrator of the agency's Science Mission Directorate in Washington, said in the statement.

What is an exoplanet, anyway?

An exoplanet is a planet that orbits a star other than the Sun.

The first exoplanet was discovered in 1995. But it was not until 2011 that scientists first observed an exoplanet, when they saw Kepler 10b using NASA's Kepler Space Telescope.

Since then, at least 3,300 planets orbiting other stars have been confirmed and range in size from smaller than Earth to larger than Jupiter.

This seven-planet system — a relatively close 235 trillion miles from Earth — is unique because it is the most planets we have ever found orbiting a non-Sun star in the inhabitable zone.

"The seven wonders of TRAPPIST-1 are the first Earth-size planets that have been found orbiting this kind of star," said Michael Gillon, lead author of the paper announcing the discovery in Nature. "It is also the best target yet for studying the atmospheres of potentially habitable, Earth-size worlds."

Scientists will now begin examining the planets for evidence of biological activity.