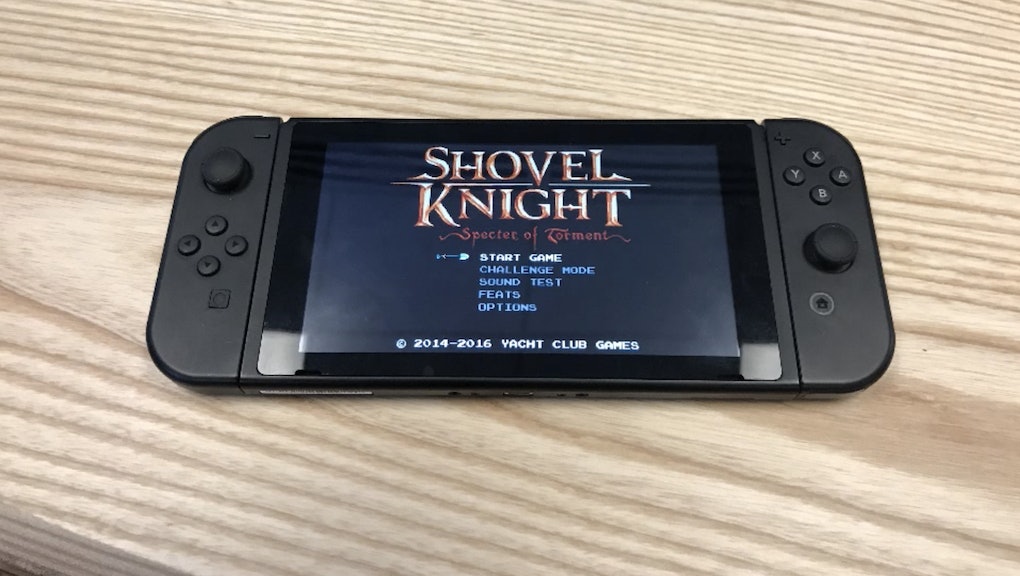 According to Shovel Knight's creators, Shovel Knight: Specter of Torment edition will be available on Nintendo Switch for $9.99 through Nintendo's eShop. Additionally, players can spend $24.99 to gain access to the Treasure Trove expansion pack, also on March 3.

Both Specter of Torment and Treasure Trove versions of Shovel Knight will hit every other current gaming platform sometime in April.

Shovel Knight on the Nintendo Switch guarantees yet another game that fans love will come to the system, along with other older console classics like Mario Kart 8.

The confirmation of Shovel Knight's arrival came alongside the tragic news about Nintendo's Virtual Console, which won't be available at launch. That means fans will have to wait for a future update to play classic Nintendo games on the Switch.

Shovel Knight isn't the only indie title coming to the Nintendo Switch at launch. The Switch will also see Fast RMX, the futuristic racing game available on the system on March 3 as well. Before then, Nintendo will hold an announcement on Tuesday. The "Nindies Showcase," as it's called, will spotlight indie games headed for the company's new console. While we may not see more games announced for launch, we should at least learn what indie titles to expect for the Switch throughout 2017.