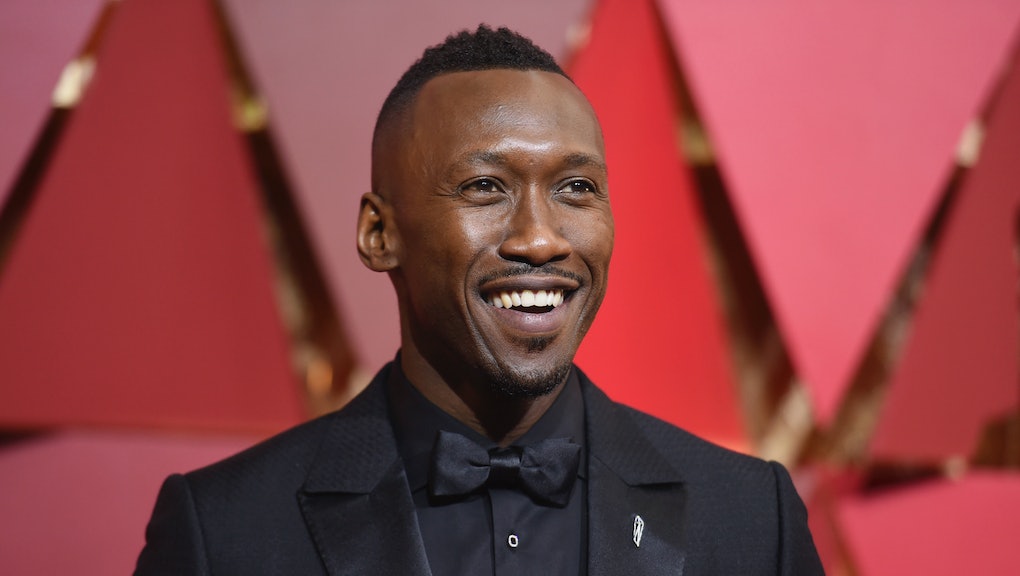 At the 2017 Oscar ceremony, Mahershala Ali received an Oscar for best supporting actor for his performance in Moonlight. Ali beat out Lucas Hedges, Michael Shannon, Jeff Bridges and Dev Patel.

Although he doesn't have a ton of screen time in Moonlight, Ali gave one of this year's most heartfelt performances as Juan, a Miami drug leader with a soft spot for the young Chiron.

In his speech he thanked his wife, Amatus Sami-Karim, who gave birth to their daughter four days before the ceremony. The award marks Ali's first Oscar win and nomination, but it's also the first time a Muslim actor has taken home an Academy Award.

In addition to Moonlight, Ali appears in another best picture nominee, Hidden Figures.