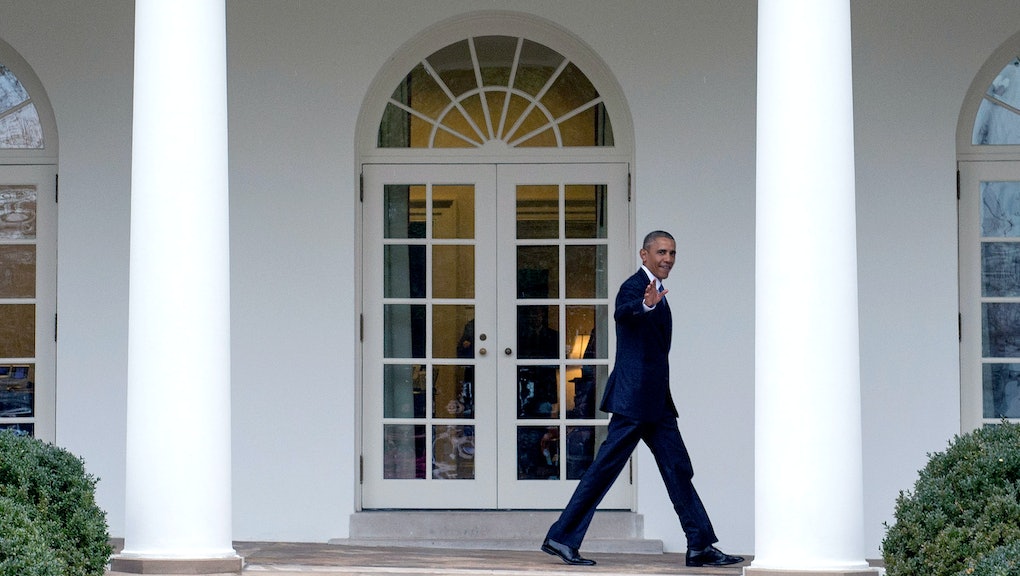 A recent poll of historians by C-SPAN found that President Barack Obama ranked as the 12th best president overall, only weeks after he left office. He ranked high on equality, economy, public persuasion and moral authority.

It's no wonder that Obama has been regarded as one of the most consequential presidents since Lyndon B. Johnson.  In addition to the Affordable Care Act — his signature legislation — Obama made big strides in the realms of education, criminal justice, the economy and employment rights, to name a few.

Here are some of his most remarkable achievements.

Nicknamed Obamacare, the Patient Protection and Affordable Care Act was enacted in March 2010. Although it's still facing threats of repeal from the GOP under the new administration, Obamacare has played a significant role in the increasing number of insured Americans. According to a report by the Washington Post in January, more than 11.3 million have signed up for Obamacare.

In the wake of the 2008 financial crisis — deemed the worst economic recession since the Great Depression — the Obama administration introduced the 2009 American Recovery and Investment Act, a $787 billion stimulus package that sought to create new jobs in a timely fashion while saving existing ones. Two years after its passage, the Center for American Progress highlighted some of its achievements, chief among them the creation of jobs within the public and private sector. In November 2016, unemployment stood at 4.6%, the lowest since the Great Recession.

The Paris Agreement, which entered into full force on Nov. 4, 2016, is a compromise by more than 190 countries to reduce global carbon emissions. President Obama provided important leadership to the United Nations Framework Convention on Climate Change.

In 2015, the U.S. and five world powers reached an agreement with Iran, which stipulated that the country should end its nuclear weapons program and allow the International Atomic Energy Agency to conduct rigorous inspections, in exchange for lifting economic sanctions.

Of course, those five achievements don't paint the full picture of what No. 44 accomplished throughout his two terms in office. Here are a few "honorable mentions":

• The normalization of U.S. Cuba relations: In December 2014, President Obama ended decades of diplomatic estrangement between the U.S. and Cuba by reopening an embassy in Havana and relaxing travel restrictions.

• Dodd-Frank Wall Street Reform: In 2010, as a response to the 2008 economic crisis, Obama enacted a legislation to regulate, once again, the financial sector. Named after Sen. Christopher J. Dodd (D-Conn.) and Rep. Barney Frank (D-Mass.), who sponsored the bill, the reform oversees the banking system.

• The killing of Osama bin Laden: In 2011, Obama ordered a Special Forces operation to storm in a compound located in Abbottabad, Pakistan, to kill Osama bin Laden, the leader of al-Qaida and one of the masterminds behind the 9/11 attacks.