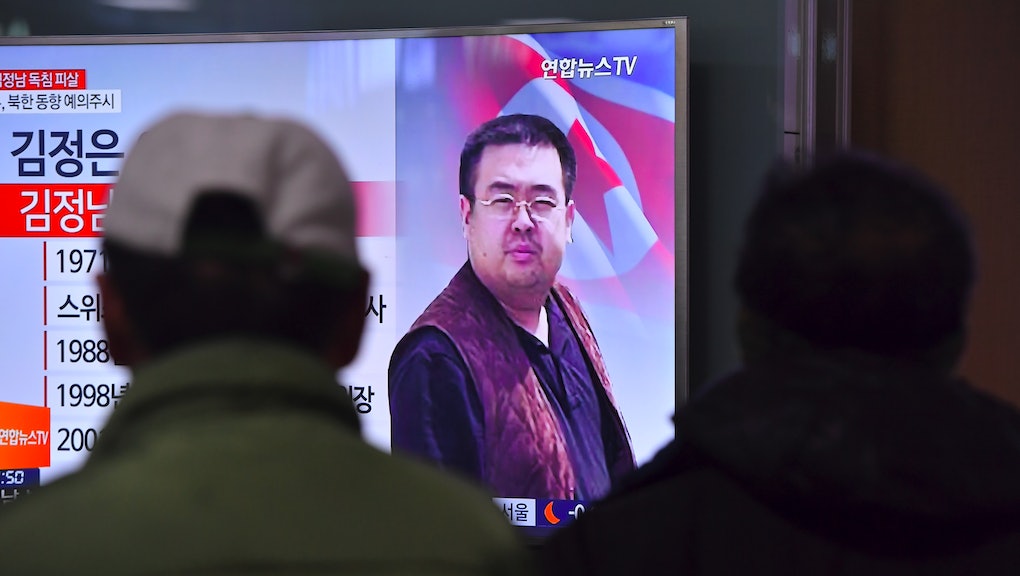 What is VX, the chemical weapon that killed Kim Jong Un's half-brother?

VX is one of the most toxic chemical warfare agents in existence, internationally banned by the Chemical Weapons Convention. It is a tasteless and odorless amber-colored, clear and oily liquid, making it easy to go undetected.

Swabs taken from 46-year-old Kim's eyes and face as part of the autopsy revealed the presence of VX, authorities said. Two women smeared a substance on the victim's face as he waited to board a flight — Kim died shortly after while en route to the hospital.

Exposure to VX — through skin or eye contact, inhalation or ingestion — can kill someone within minutes. "As little as one drop of VX on the skin can be fatal," the Centers for Disease Control and Prevention explain.

Known chemically as S-2 Diisoprophylaminoethyl methylphosphonothiolate, VX is classified as a weapon of mass destruction by the United Nations.

Russia and the United States are the only two countries to disclose having VX stockpiles, some of which the U.S. has exterminated. However, international intelligence suggests it is among Syria's stockpile of chemical weapons.