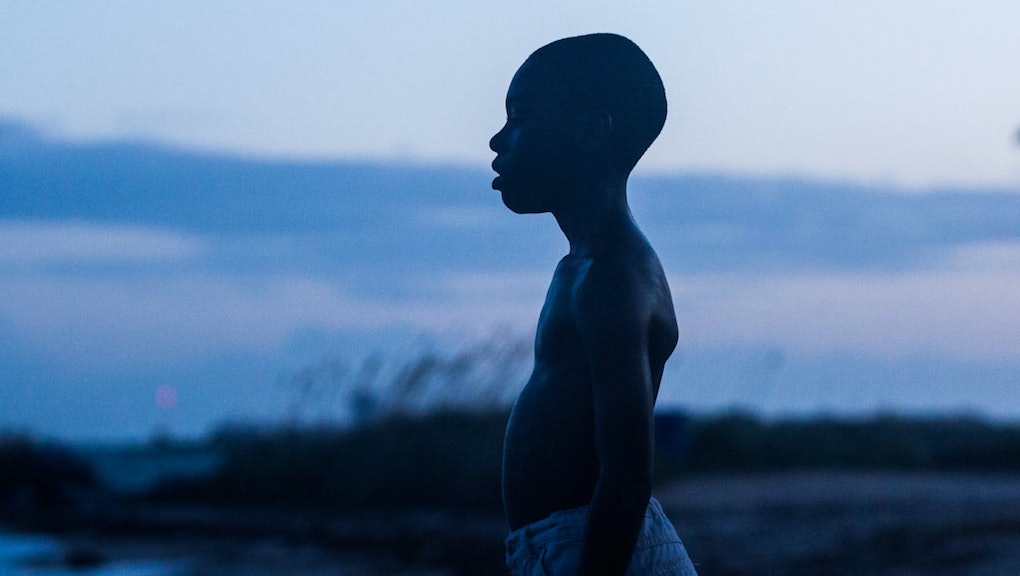 We're just a couple of days away from the 89th Academy Awards, which will reward the best in film from 2016. While we can't be certain what's going to happen at the ceremony — airing Sunday on ABC  — below you'll find not only our predictions for who will go home a winner, you'll also get a sense of who missed out on a shot at the famed golden statue.

Predicted winner: La La Land. Damien Chazelle's musical ode to Hollywood's Golden Age snagged an impressive 14 nominations. That alone is a testament to how beloved the film is, but it's also evidence of another phenomenon: The Academy loves to reward films about Hollywood. La La Land would join Alejandro G. Iñárritu's Birdman, Ben Affleck's Argo and Michel Hazanavicius' The Artist as a best picture winner about the craft of filmmaking and acting.

Snub: Films that didn't make the cut but should have are Pablo Larraín's Jackie, Mike Mills' 20th Century Women and Martin Scorsese's Silence. Each of these films — all period pieces in a sense — not only capture a mood pervasive in the times they are set in, but are films that have a lot to say about grief, family and faith in our own world.

Actress in a leading role

Predicted winner: Although we'd argue that Huppert and Portman gave the greatest and most layered performances of this year's nominees, Stone will take home the Oscar come Sunday, and we really won't be too upset about it. The actress is effervescent in La La Land, where she plays an aspiring actress who falls in love with a snarky jazz musician. Her performance is luminous, and whether or not you're on the La La Land fan bus, it would be difficult to argue against Stone's magic.

Snub: A lot. This year's best actress race was pretty competitive, and there are several faces we wish we could see walking onto the Oscar stage. For one, there's Annette Bening, who gives a career-best performance in 20th Century Women. There's also Amy Adams, the emotional core of Arrival, Taraji P. Henson giving another infectious performance in Hidden Figures, and, more unlikely but still a wish for us, Rebecca Hall in Christine, and any of Certain Women's four leading ladies (Michelle Williams, Laura Dern, Lily Gladstone and Kristen Stewart).

Predicted winner: Washington. Not only did the actor direct the adaptation of August Wilson's brilliant play Fences, but his performance in the film is as poignant as they come. Washington plays Troy Maxson, a waste collector and former Negro Leagues baseball player living with his family in Pittsburgh in the 1950s. Although Affleck initially seemed like the frontrunner — he won the Golden Globe for best actor in a drama — Washington took home the SAG award. Given his committed performance and his decision to spearhead Wilson's masterpiece, we wouldn't be too surprised if he took home the best actor trophy come Oscar night.

Snub: While we're pretty content with Washington winning the Oscar, it's hard not to think of some of the other deserving performances that were not acknowledged this year. Joel Edgerton shined in Loving, Colin Farrell proved the Farrell-issance is here to stay with his work in The Lobster and Garfield, well, he was nominated for the wrong movie. He should be here for Scorsese's Silence.

Actor in a supporting role

Predicted winner: Ali has had quite a year. Not only does he deliver a restrained performance as Juan, a drug dealer who becomes a surrogate father to a young, troubled Chiron in Moonlight, but he also had roles in two other prominent projects: He's in fellow best picture nominee Hidden Figures and Netflix's Luke Cage. The actor doesn't appear in Moonlight for very long, but every minute he's on screen feels important, particularly as we see him grapple with the guilt of contributing to Chiron's mother's crack addiction.

Snub: In a perfect world, this category would be stacked entirely with Moonlight actors. The three actors who play Chiron — Alex Hibbert, Ashton Sanders and Trevante Rhodes — are all remarkable, and masterfully show how Chiron is altered by his environment. Then there's André Holland, whose appearance in the last third of the film is sensual, sexy, and turns Moonlight into the year's best romance film.

Actress in a supporting role

Predicted winner: Davis. The actress, who received the Golden Globe and SAG award for her devastating performance of a woman who never ceases to support her difficult husband in Fences, will probably win Sunday night. Davis is overdue — and that's not an insult to her work in Fences, which is just as deserving as all her rich performances.

Snub: Singer-songwriter Janelle Monáe was a breath of fresh air this year, not only for her heartfelt and subtle work in Moonlight but also for her more energetic character in Hidden Figures. 20th Century Women actresses Greta Gerwig and Elle Fanning should be here as well.

Predicted winner: Chazelle won the Golden Globe for best director and will probably do so again at the Oscars. After all, La La Land is an ambitious film that features elaborate musical sequences replete with original songs and choreography, and at its center a love story between two ambitious and struggling Los Angeles artists. With all of its nominations and the likelihood of the film winning best picture, it makes sense that Chazelle would take home the director's prize as well.

Snub: The biggest snub would have to be Pablo Larraín. The Chilean director not only brought us the rich Jackie, but he had two other critically acclaimed films this year, Neruda and The Club. Still, Jackie, his English-language film debut, feels the most ambitious, and the director elevates what could have been a standard biopic to a work of art. Then there's Scorsese. The director has received his fair share of accolades in the past, but it's too bad he wasn't acknowledged for Silence, his long-in-the-making masterpiece, his most spiritual, subtle and beautiful film yet.

Nominees: Kubo and the Two Strings, Moana, My Life as a Zucchini, The Red Turtle, Zootopia

Predicted winner: Moana is one of Disney's better entries in some time. It features a strong heroine, memorable music (thank you, Lin-Manuel Miranda), and a gripping story about a Polynesian teenager's efforts to save the people of her island. Although Zootopia won the Golden Globe, we can't help but hope that Moana will come on strong at the Oscars.

Snub: All the right movies made it into this category. Sure, Your Name, the highest-grossing film in Japanese history, would have made a good addition, but what we have is pretty solid.

Nominees: Fire at Sea, I Am Not Your Negro, Life, Animated, O.J.: Made in America, 13th

Predicted winner: There are a lot of wonderful documentaries this year, particularly ones that dissect institutional racism in the United States. However, the film most likely to win at the Oscars is the epic O.J.: Made in America. Ezra Edelman's documentary was released as five-part miniseries that's perhaps the most comprehensive piece of work detailing the life of O.J. Simpson. In addition, the film goes a step further, looking at how the case against Simpson speaks, at a larger level, to the rocky relationship between the black community in Los Angeles and the Los Angeles Police Department.

Snub: O.J.: Made in America is a deserving winner. Heck most of these are. But if there was a missing film it would be Weiner, which offers an uncomfortable look at the demise of politician Anthony Weiner.

Predicted winner: If there's going to be a La La Land sweep and Moonlight is going to lose out on most of its awards, well, then, here's the one place where it can sneak in. Jenkins' film is an adaptation of playwright McCraney's In Moonlight Black Boys Look Blue. McCraney and Jenkins teamed up to turn it into a lovely, three-act portrait about a young black man growing up in Miami.

Snub: Moonlight is the most deserving screenplay, but the two snubs that come to mind in this category are Jeff Nichols' script for Loving and Jay Cocks and Scorsese's for Silence. Loving is a tender, but never sentimental, film about the Supreme Court case that said states could not prohibit interracial marriages. Scorsese's film takes us to feudal Japan and follows a priest's journey to find his mentor in a country where Christians are no longer welcome.

Predicted winner: La La Land. For all that he juggles and for all the massive amounts of awards attention La La Land has received, it makes sense that Chazelle will take home the screenplay award as well. He won the Golden Globe for the film's screenplay, and depending on how Oscar Sunday goes, the same could happen again.

Snub: Essentially every other script nominated is a better choice than La La Land, particularly Lonergan's deep take on grief in Manchester by the Sea and Mills' tender ode to motherhood in 20th Century Women. Outside of what's already nominated, it would have been nice to see Jim Jarmusch's poetic Paterson nominated.

Predicted winner: Ever since German dramedy Toni Erdmann was honored at the Cannes Film Festival, it has been a sensation. The film, about the strange relationship between a workaholic daughter and her eccentric father, is now being made into an American film with Kristen Wiig and Jack Nicholson. A foreign film adapted into English is enough to speak to its popularity, but Toni Erdmann is genuinely a funny and moving picture that deserves its Oscar.

Snub: Elle, the thriller starring Oscar nominee Isabelle Huppert as a woman who decides to stalk the man who raped her, comes to mind. It's a complex and controversial film about sexuality that features one of our greatest actresses at her best. Other films that should be here include Neruda and the sexually charged Korean thriller Handmaiden.

Mic has ongoing coverage on the 2017 Oscars. For more information check out our Oscars hub here.