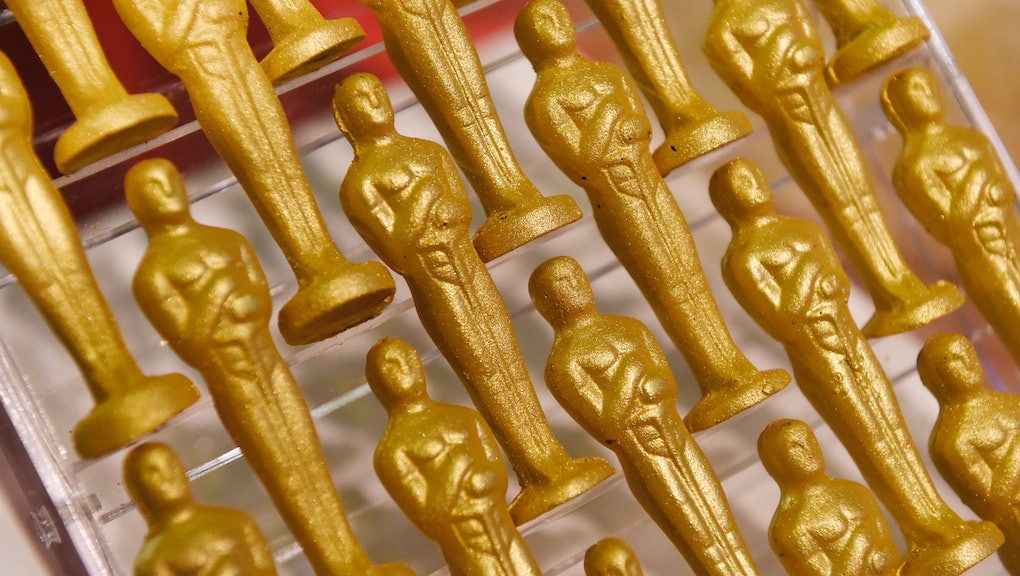 Are the Oscars rigged? Everything we know about how the academy works.

The 2017 list of Oscar nominees has become quite contentious. People can't stop talking about La La Land (for better or worse) and not everybody agrees that #OscarsSoWhite is over. So what inspires all of this controversy, anyway? Is there a master plan at work and, if so, who controls it? Put another way, are the Oscars rigged?

How the academy votes for nominees

According to the official Oscars website, most film categories are nominated by relevant members of the Academy of Motion Picture Arts and Sciences. This means that actors typically nominate actors, directors nominate directors and so on. They get five nominees and they must rank them in preferential order. Any voting member can cast their vote for the best picture nominees.

There are, however, exceptions. The category of best foreign language film, for instance, has very specific voting rules. Each country is invited to submit its best film, rather than academy voting members nominating it; an organization representing that country makes the official nomination.

The Oscars website points out that while paper and online ballots are available, most members prefer online voting (surprise!). Members can begin voting for nominations in late December. Then PricewaterhouseCoopers — yes, the audit firm — counts the votes. The nominees are typically announced in mid-January.

How the academy votes for the winners

Then comes the real deal. Final voting also happens online or via paper ballots. All voting members can vote for all Oscar categories. It doesn't matter if they're directors or production designers or what have you. Next comes the truly suspenseful part. Once all of the ballots are counted, only two partners of the aforementioned audit firm know the winners. (Obviously they're sworn to secrecy.) So, at least as the academy tells it, nobody else knows the results until the envelopes are opened onstage during the awards ceremony.

So, are the Oscars rigged?

Assuming we can take the academy's word for it, the process sounds legit. That doesn't mean the Oscars aren't problematic, though. As Mic pointed out last year, there are many barriers to entry.

First, consider what it takes to become a member. Per the official academy membership webpage, you must work in the industry of theatrically released motion pictures. (And as black female cinematographer Kira Kelly will tell you, just getting into the industry is a challenge, especially for women and people of color.) But that's not enough.

Because there's so much peer review involved, academy members tend to have similar backgrounds. As of a 2013 Los Angeles Times report, 93% of voters were white and 76% were men. Members also must make work that "reflect[s] the high standards of the academy." But this is art; isn't art subjective? Yes, and that means certain tastes — white, male tastes — prevail. As Viola Davis said in her 2015 Emmy acceptance speech, you can't win an award for a role, TV show or film that does not exist.

There's also the issue of who puts forth the Oscar nominees. A film's distributor or producer must fill out an official screen credits form and submit it by the deadline. Not just any old film can be nominated, either, even if plenty of members stand behind it. There are strict rules of eligibility.

When you look at the actual process, you might ask some valid questions, too. How come members can only vote in their professional category, apart from best picture? How come they only get five nominees per category and how come they have to put them in preferential order? Come to think of it, why is the process of narrowing down the nominees is so complicated that an auditing firm has to do it?

The Oscars may not be rigged in a technical sense, but it appears that they are rigged in the same way the world is: White men of privilege run it.