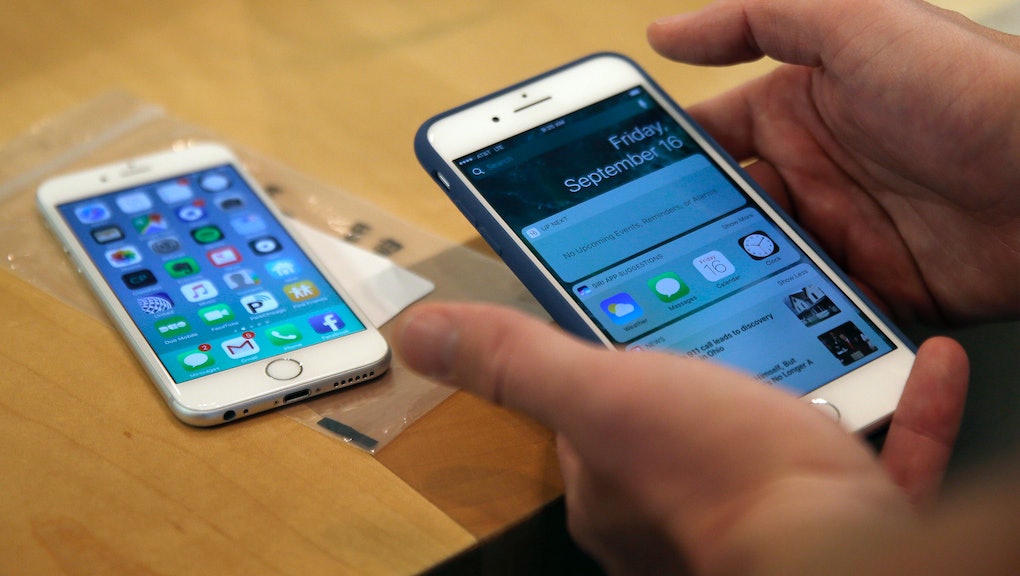 There are images and videos of an iPhone 7 Plus burning and melting going viral on Twitter. A woman named Brianna Olivas tweeted a video of her iPhone 7 Plus smoking and exploding on a bathroom counter on Wednesday.

Olivas then tweeted two photos of her rose-gold iPhone 7 Plus and its clear plastic case looking melted, bubbled and singed. As far as we know, these images and video are real. An Apple spokesperson told Mashable that the company is in touch with Olivas and is "looking into it."

It's quite uncommon for iPhones to explode, but it's not impossible. In October 2016, an iPhone 6 Plus reportedly exploded in a New Jersey student's pocket. Another student's iPhone 6 reportedly caught fire while sitting on top of his notebook in May 2016. This is such a small percentage of iPhones sold, though, that it's hard to argue that it's a major problem. Apple sold around 78.3 million iPhones in the first quarter of 2017.

Exploding smartphones aren't uncommon in general, though. Smartphones generally use lithium-ion batteries, which have been blamed for e-cig and hoverboard explosions. Apple's competitor, Samsung, has been so plagued by exploding smartphones that it was forced to discontinue and recall the Galaxy Note 7 in September 2016. Samsung still isn't sure why its phones caught on fire. Initially, the company thought it was an issue of faulty batteries, but the investigation is still under way.