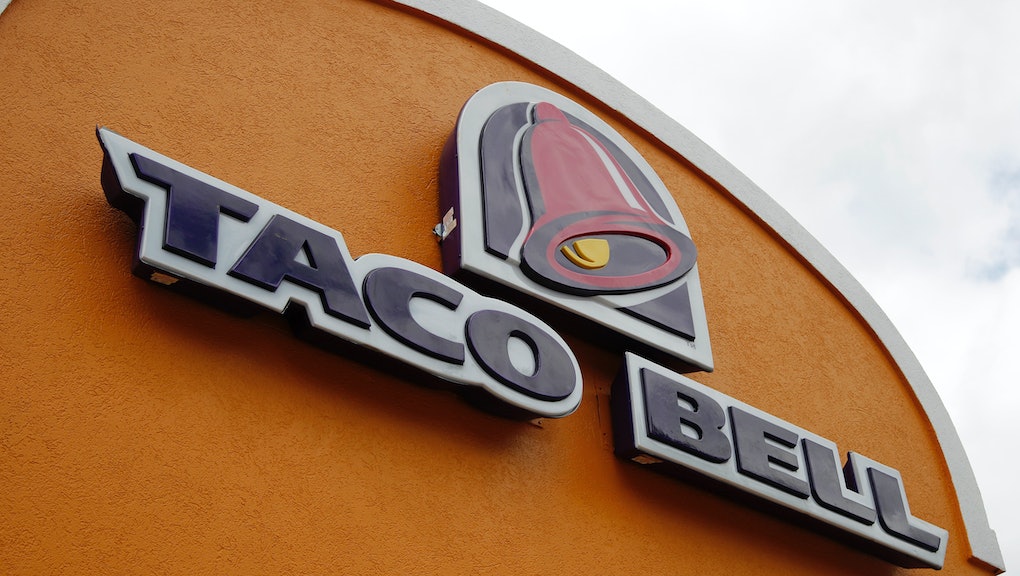 Taco Bell is known for beefy tacos, Crunchwrap Supremes and chicken chalupas, but the fast-food chain might also hold the secret weapon for pregnant women desperately trying to go into labor.

According to testimonials posted on the forums at What to Expect, chowing down on some Taco Bell can induce labor, Vice first reported.

"So my hubby came home from work yesterday and his coworker told him to tell me that apparently Taco Bell is supposed to induce labor," one user posted on What to Expect in 2015. "I'm 40+2 so I'll try anything," they said, asking other users to weigh in on the Taco Bell theory.

"I had Taco Bell yesterday, unknowingly, and had my baby girl this morning! I guess it's worth a try!" another user commented. Another wrote: "I had Mexican food the night before I went into labor. Lol but it was real Mexican, not Taco Bell."

Some Twitter users have also discussed their experience with using the Taco Bell method to induce labor — thought it's unclear whether they found similar success.

The truth about inducing labor with Taco Bell

"I've never heard about Taco Bell inducing labor, but I definitely hear old wives' tales about different foods helping to get labor started," Anna Childs, a certified nurse midwife, said in an email. "At one of the first births I ever attended, the mom had eaten extra spicy Indian food just a few hours before her contractions started." The mother had eaten the same food before she went into labor with her first child, Childs said.

Many mothers swear by the spicy foods method. Some theorize that spicy foods can stimulate the digestive system and kickstart contractions, the BabyCenter editorial team wrote, explaining that "no spice or food has been scientifically proven to get labor started."

That won't stop people from loading up on Sriracha at mealtime, though. "When people are starting to get really pregnant and go past their due dates, they definitely will try anything," Childs said.

It's safe to experiment with a little spice if you're well into your pregnancy, Childs said, though she cautioned that spicy foods might cause heartburn, which is more common during pregnancy. She suggested avoiding spicy foods if you're in "early labor" because vomiting is common during labor. "Spicy foods wouldn't feel great coming back up," she said. Amen to that.

Don't want to play with fire? Childs sometimes suggests eating a salad with watercress, romaine, walnuts and gorgonzola to induce labor. She noted that people swear by a Los Angeles restaurant called Caioti's that offers a similar salad renowned for allegedly kickstarting contractions.

Then again, if you plan on getting married at the Las Vegas Taco Bell wedding chapel that opens this summer, perhaps eating a seven-layer burrito to usher in your firstborn might be fitting.