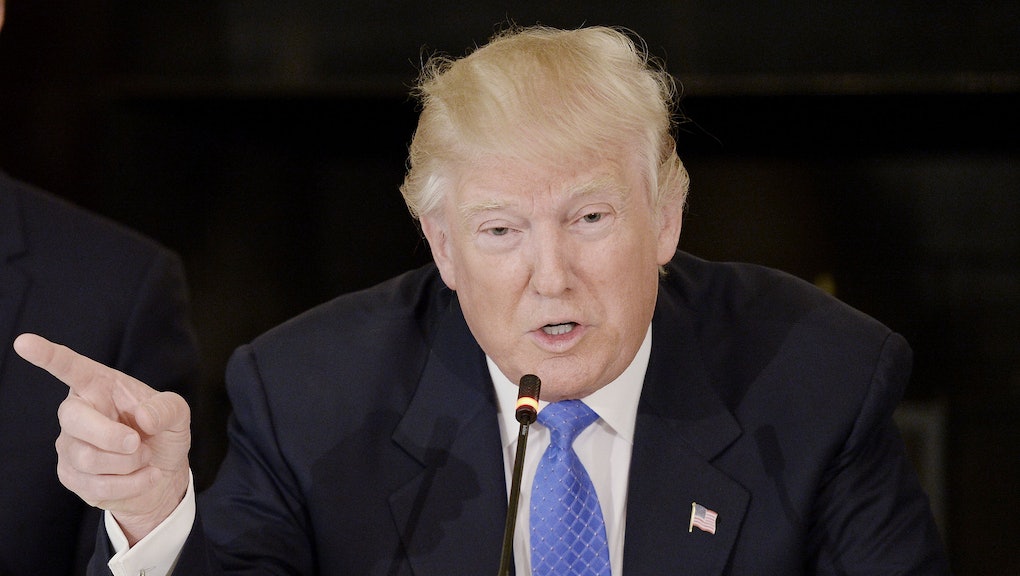 Trump Nuclear Arsenal: What the president said about nuclear weapons — and why it matters

While discussing the United States nuclear arsenal publicly for the first time since taking office, President Donald Trump on Thursday told Reuters that he wants the U.S. to be "at the top of the pack" when it comes to nuclear weapons.

The comments came in response to a question about a December tweet in which Trump called for the U.S. to "greatly strengthen and expand" its nuclear arsenal — shortly after a similar statement was released by Russian President Vladimir Putin.

On Thursday, Trump echoed those earlier sentiments, telling Reuters that the U.S. had "fallen behind on nuclear weapon capacity" and calling to expand the U.S. arsenal.

Why does this matter?

Trump's remarks Thursday once again suggested that he is proposing a nuclear arms race.

The Arms Control Association, an independent nonprofit group supporting effective arms control policies, criticized Trump in a statement, saying that his comments show he is "ill-informed about nuclear weapons and has a poor understanding of the unique dangers of nuclear weapons."

"The history of the Cold War shows us that no one comes out on 'top of the pack' of an arms race and nuclear brinksmanship," the group said in the statement. "President Trump needs to work with Russia's President Putin to build down, not build up their excessive nuclear arsenals and stop stirring up nuclear tensions."

The United States has 6,800 nuclear weapons and Russia has 7,000, according to the group. Both countries are to limit their nuclear arsenals to equal levels for ten years starting Feb. 5, 2018, according to an arms limitation treaty called New START.

Trump criticized New START in the Reuters interview, calling it a "one-sided deal."

"We're going to start making good deals," Trump said, suggesting he may be backing away from the treaty.

"Discarding New START would irresponsibly free Russia of any limits on its strategic nuclear arsenal and would terminate the inspections that provide the United States with significant additional transparency about Russian strategic nuclear forces," according to the Arms Control Association statement.

Trump made a number of questionable statements regarding nuclear weapons on the campaign trail, including his view that it is important to be "unpredictable" with them.