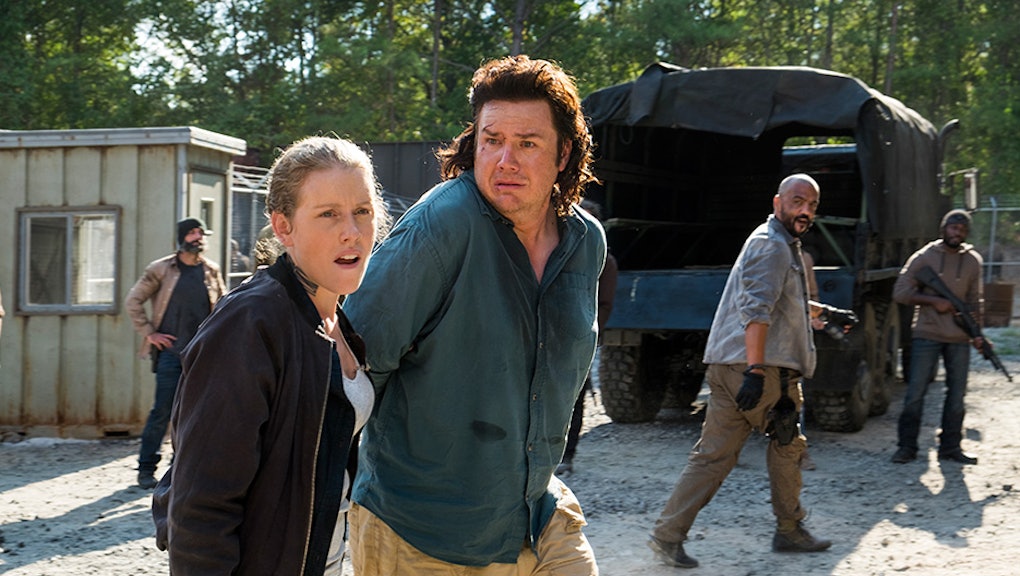 'The Walking Dead': How to watch season 7, episode 11 online

You know what's been refreshing about the second half of The Walking Dead's seventh season? We haven't seen Negan on-screen once. Despite Jeffrey Dean Morgan's charismatic performance, the new villain has been let down with poor writing and tiresome monologues. As a result, it's seriously hurting the show's ratings. That the first two episodes of the second half of season seven are some of the best in recent memory likely isn't a coincidence.

However, Negan couldn't be left on the show's back burner forever, and he's set to return in the 11th episode of season seven, "Hostiles and Calamities." This episode looks like it'll focus on Eugene — having been captured and taken prisoner by the Saviors in the midseason finale — experiencing the Sanctuary for the first time. Here's the plot synopsis for the new episode, per AMC, which inexplicably doesn't reference Eugene by name, even though he's totally who they're referring to:

An Alexandrian finds themselves having to navigate the mysterious, confusing and terrifying world within The Saviors' compound.

But for Walking Dead fans who await Negan's on-screen return this Sunday but don't have any TV access, how can you watch the new episode online?

Without a cable subscription, the options are limited. The series isn't available as part of Hulu's next-day streaming partnership with AMC since the show began before the deal took place (so for example, the spinoff series Fear the Walking Dead is available because it premiered after the deal came in effect). Instead, the fastest way for non-cable users to watch a new episode is through purchasing them individually on iTunes, Amazon or Google Play the day after it airs.

Conversely, if you have a cable subscription that includes AMC, the new episode will be available to stream on the network's website the day after the episode airs.

In the meantime, let's hope Eugene isn't given the same, ruthless treatment as Daryl Dixon at the Sanctuary. Translation: Please, AMC, don't give us any more "Easy Street." Fans have been through enough this season already.

The Walking Dead returns Sunday at 9 p.m. Eastern on AMC. Watch a sneak peak of "Hostiles and Calamities" below: