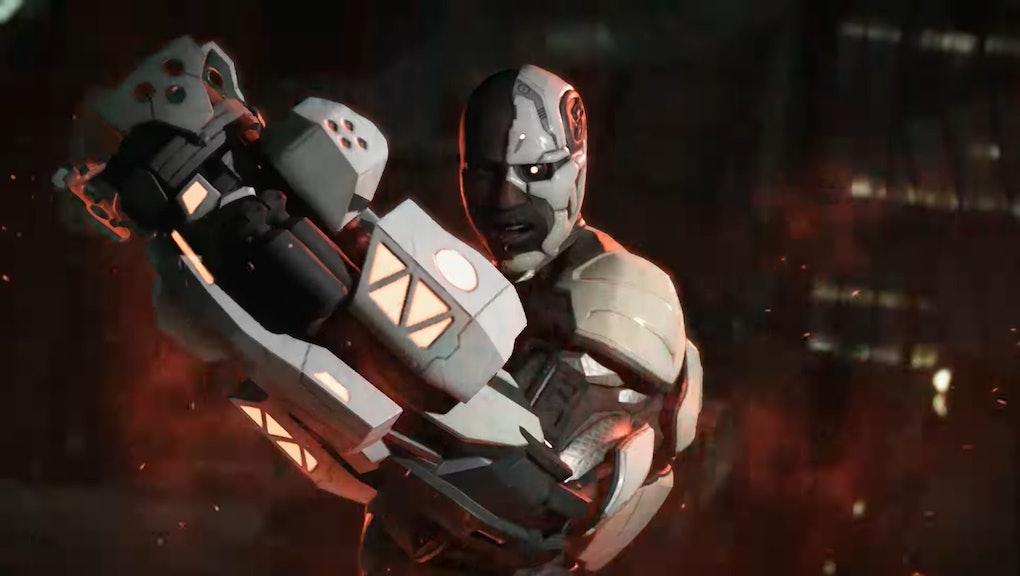 Another week, another new Injustice 2 character reveal. It's almost like the game is based on a universe with almost a century's worth of characters to work with or something.

This trailer mostly focuses on the game's story, which follows the brutal regime as it rules the world with Superman's iron fist. Batman leads the resistance against the regime because everyone always wants to see those two fight, no matter how bad it ends up being in practice.

We see previously revealed characters like Harley Quinn and Black Canary in the trailer, but most notably, we see Cyborg. The sometimes-Teen Titan only shows up for a couple of seconds and we don't really see how he plays, but it's good to know he's there. He's a pretty cool guy, after all.

Hopefully, we see some real Cyborg gameplay soon. There's no way that a guy with a gun for an arm ends up being boring to play.