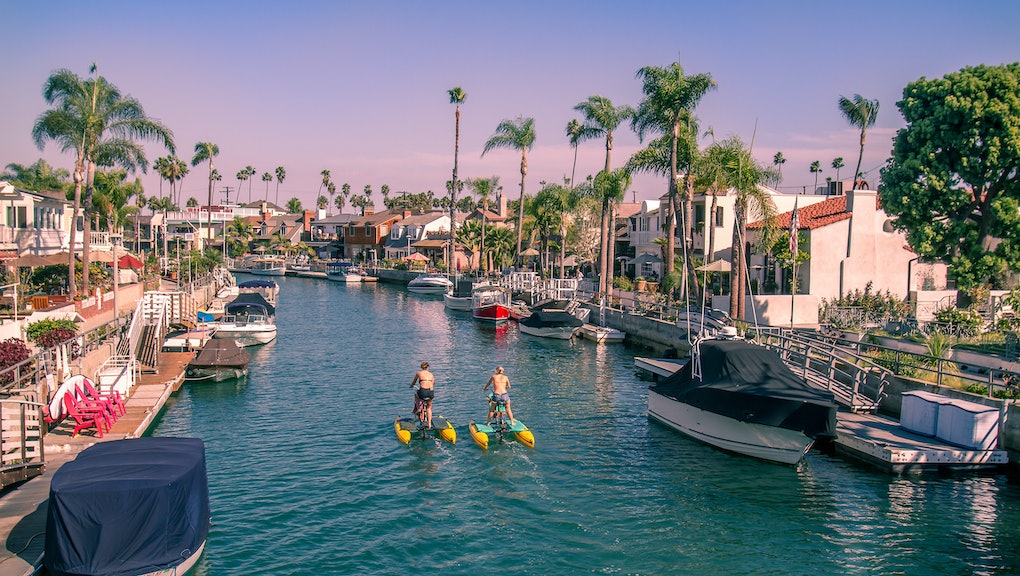 Cheap rent alert: 7 cities where renting is way less expensive than in the big city nearby

Rent — while still too damn high in many cities — remained relatively stable from January 2016 to January 2017, after climbing in the wake of the housing crisis, according to a report from Apartment List, a rental listing company. That's good news for you.

New construction in 2016 reached its highest level since 2007; that's one possible reason economists and data analysts at Apartment List saw rents level off in many cities, and even drop in others. Median rent in some of the nation's most expensive cities — like San Francisco, Miami and Houston — have dropped since early 2016. Meanwhile, rents in smaller cities like Tacoma, Washington, and Arlington, Texas, are going up as people catch on to the appeal of affordable "second-tier" cities.

But, even with these shifts, rent is still cheaper in the commuter cities, sometimes even half off those in the big city.

In other words, you can still reduce your rent significantly by relocating. You'll need to factor in commuting expenses, both in time and money, but you may find a move may be worth it. For example, according to the report, the median rent for a two-bedroom apartment in New York City is $4,110, while a two-bedroom in Jersey City, New Jersey, across the Hudson River is $2,900 a month. That's a considerable savings of $1,210 in rent.

Here are seven other alternative cities where the commute to the nearby major city is an hour or less and rent is considerably cheaper, ranked in increasing order by how much you'll save.

7. Vancouver, Washington, instead of Portland, Oregon

Median price of a two-bedroom in Vancouver: $1,130

The $420 monthly you'll save by renting a two-bedroom apartment in Vancouver, Washington, rather than across the river in Portland is the smallest bump on this list, but every bit helps. Rent has held steady since early 2016, while in Vancouver, Washington, the rent has ticked up almost 5%. Still, holding on to an extra $5,000 of your money over the course of the year may be worth the trip over the river.

A $600 monthly savings can be yours by renting a two-bedroom apartment in Long Beach as opposed to Los Angeles. The rental market in L.A is softening, with rents staying relatively stable. The demand in Long Beach is strong, with rents going up by 6% over Jan. 2016, though you'll still pay far less there.

5. Arlington, Texas, instead of Dallas

Median price of a two-bedroom in Arlington: $990

Just 20 miles west of downtown Dallas, Arlington offers a savings of $660 per month on a two-bedroom apartment over renting in Dallas. The median price in Arlington is $990, while a similar apartment in Dallas rents for $1,650. The demand for rentals in both cities is strong: Dallas rents are up by 2.3% over Jan. 2016. Rents in Arlington, which went up by 7% year over year, had the third biggest growth of any city in the survey. But, for now, Arlington is still the affordable choice.

4. Colorado Springs, Colorado, instead of Denver

Median price of a two-bedroom in Colorado Springs: $1,000

3. Tacoma, Washington, instead of Seattle

In Tacoma, the median two-bedroom rent is $1,200 a month, while a similar apartment in Seattle goes for $2,200. Seattle is an outlier among the top 10 most expensive cities for rent: Its rents continue to climb, at a rate of 5.3% over Jan. 2016, and Tacoma has the biggest rent growth of any city in the survey, with median rents rising by 7.7%. This region of the Pacific Northwest is in demand, so you might look at Tacoma now or risk losing that $1,000-a-month bounce.

2. Manchester, New Hampshire, instead of Boston

Median price of a two-bedroom in Manchester: $1,290

Manchester, New Hampshire, may not be the first place you think of if you're considering moving out of Boston, but it has its appeal: An hour north of Boston, the former mill town has transformed its mill yards into museums, restaurants and loft apartments. Here you can get a two-bedroom apartment for $1,290 — $1,910 less than the $3,200 median price of a two-bedroom apartment in Boston. The rental market in Boston is softening; it is up only 0.4% over Ja. 2016. Meanwhile Manchester's star is rising: Rents are up 4.1% over the past year. Still, the rent is more than half off what you'll pay in Boston.

In San Francisco rent actually went down by 1.5% since Jan. 2016. Yet that doesn't make $4,610, the median cost of a two-bedroom apartment, any easier to swallow. As of January, San Francisco remains the most expensive city to rent in America, according to the study. A solid alternative is San Jose. The median rent for a two-bedroom apartment there is $2,600: still pricy, but $2,010 cheaper a month than San Francisco. Alternatively, if you're willing to extend your commute over an hour (or have flexible work in the Bay Area) you could rent a two-bedroom in Stockton, California, for only $1,010 a month. That's $3,600 in savings every month over rent in San Francisco.